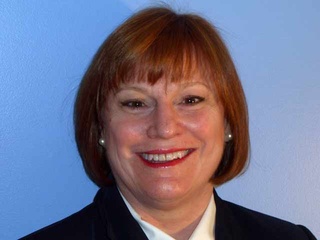 The Reporter also wove in some emails with some comments Squier wrote that showed she was not an ideal match for either the state or the Susana Martinez administration.

She described herself as a “red girl” and New Mexico as “a very blue state.”

But she didn’t match up well with the pragmatism of the Susana Martinez administration on issues like expansion of Medicaid, as found by emails that the Reporter obtained through the Inspection of Public Records Act.

In an April 2012 email, Matt Kennicott, spokesman for the department, wrote to Squier that Gov. Susana Martinez was “too afraid” to speak out against the federal expansion of Medicaid through President Barack Obama’s Affordable Care Act. Medicaid subsidizes medical insurance with federal taxpayer money for individuals living up to 138 percent of the federal poverty level (that’s almost $16,000 in annual salary for a single person).

“Why Matt?” replied Squier. “Why is the [governor’s office] so weak on this issue?”

“It all boils down to polling and not saying something that will upset the approval numbers,” Kennicott wrote back.

Squier’s tenure as head of HSD wasn’t without controversy. An email Squier sent in 2013 said, “There has never been and is not now any significant evidence of hunger in New Mexico.”

Her office is in charge of SNAP benefits, which provides funding for low-income New Mexicans.

Squier also oversaw HSD in a time when the department suspended funding for New Mexico behavioral health provider because of an audit that remains largely under wraps.

These transgressions led the state Senate to consider a no-confidence vote against Squier, though the actual vote never took place on the Senate floor.

Squier’s resignation means she will not have to face confirmation for a second time. A change to the state constitution in 2008 means that cabinet secretaries who stay on for a governor’s second term could face a second confirmation hearing and vote.

As for what likely-more red state Squier will move to, she told the Reporter she isn’t sure yet, though her husband works for a Virginia-based government relations firm.