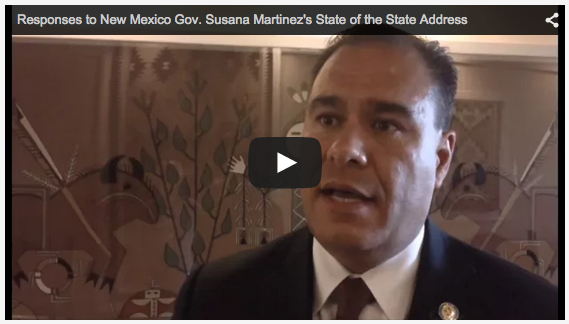 On January 20, Gov. Susana Martinez gave her State of the State address. New Mexico Political Report spoke with some lawmakers and the mayor of Albuquerque to get their thoughts.

Sen. Michael Sanchez, D-Belen, also responded to Martinez’s outlined priorities. One of his criticisms of the governor’s speech was here repeated use of the word “courage”.

“I ask the governor, then, if you have courage, governor, then why don’t you close the gunshow loophole?” Sanchez asked. “Why don’t you put locks on firearms at home? Whey don’t you come out strong in terms of people who can get weapons. It takes courage over politics, governor.”