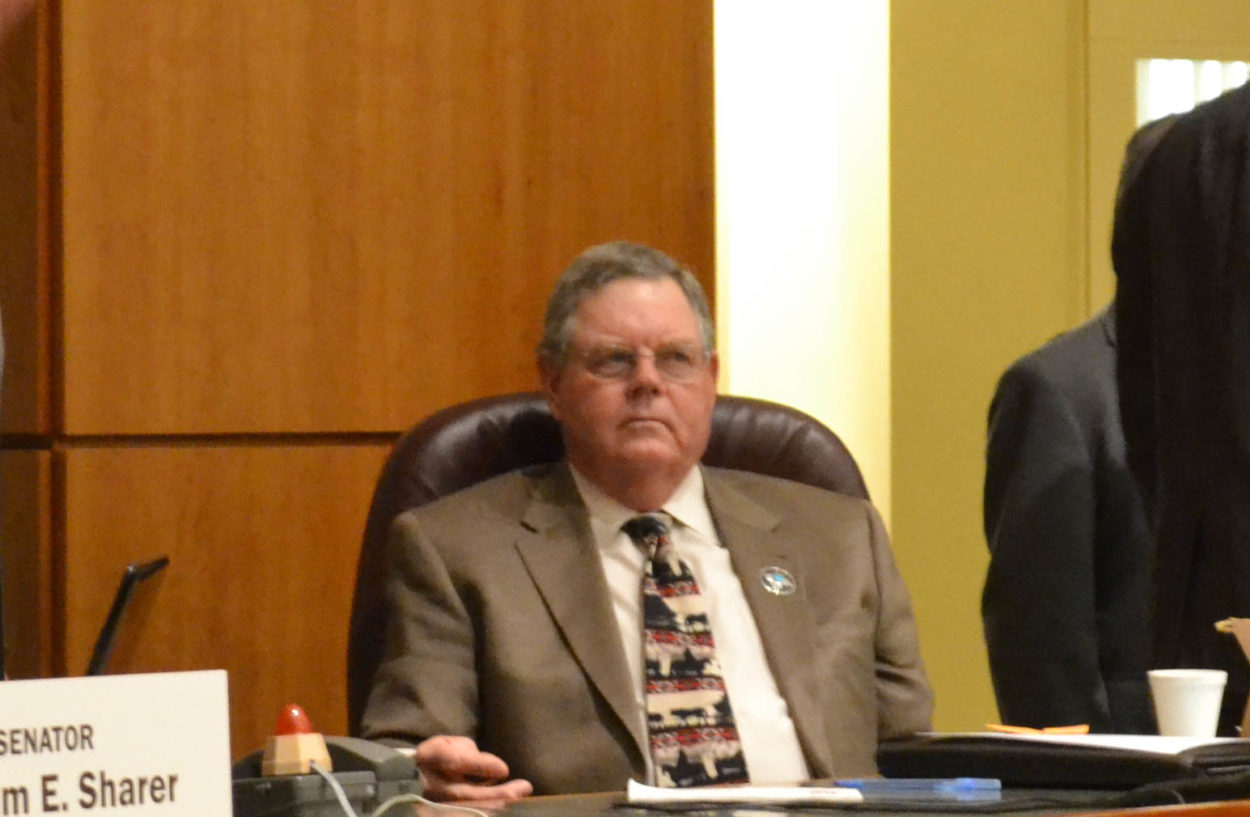 A Republican Senator is considering introducing legislation that would allow farmers in New Mexico to grow hemp for industrial purposes.

Sen. Pat Woods, R-Broadview, is looking into the feasibility of growing industrial hemp as a way to supplement money from other crops grown in the state. Woods told New Mexico Political Report in a phone interview that he started looking at the possibility after speaking with New Mexico’s Secretary of Agriculture Jeff Witte. Woods doesn’t plan on introducing it until he and Witte finalize the details.

Sen. Pat Woods, R-Broadview, talks to other lawmakers after a Senate floor session.

“The agreement I made with the Secretary of Agriculture, who has to regulate [the production of hemp] was that I was going to make sure that he agreed with the outline of my bill before it was introduced,” Woods said. Witte was unable to be reached for a comment

Woods, who describes himself as a wheat farmer, said the state needs a boost when it comes to making money from crops. He cited dropping prices in grains as a reason to explore alternative crops as a money maker.

“We’re in pretty poor shape in agriculture industry,” he said. “I’m in favor of having another crop for our farmers to grow in the state of New Mexico.”

On Wednesday, a committee in the United States House of Representatives passed a Republican-sponsored industrial hemp bill. According to the federal Agriculture Act of 2014, states can already implement their own industrial hemp program. That act, according to Woods, is what prompted Witte to bring the possible legislation to the senator’s attention.

The North American Hemp Council, a non-profit advocacy group, lists a number of beneficial uses for hemp on its website. Some of the products the group lists are painting materials, machine lubrication and some building materials. The group’s website also states, it’s almost impossible to get “high” from industrial hemp.

Opponents of industrial hemp have raised concerns about illegally grown marijuana hidden in fields of hemp.

During the 2012 New Mexico Legislature, a hemp bill introduced by then-representative Ray Begaye never made it through the committee process.

Woods is not in a hurry to push through any legislation though. He wants to make sure there’s an actual market in the state for hemp. He said he’s heard of the hemp products on the market, but only in limited circumstances.

“Just because we can grow it doesn’t mean we can sell it,” he said.

Woods is also not ready to say yes to legal marijuana. He said he would like to see what happens in other states first.

“I’ve had people talk to me about marijuana,” Woods said. “But every time they do, I tell them, ‘We need to wait until we see the bugs worked out by many other states before we jump into that deal.’”

Another lawmaker is already sponsoring industrial hemp legislation. Sen. Cisco McSorley, D-Albuquerque, introduced SB 94 before the legislative session started. Woods said he will not support McSorley’s bill without some changes. A big change he would like to see is an easy way to regulate the crop. Woods said he has talked with the Albuquerque senator about the possibility of a committee substitute.

“I envision a short bill that addresses the issue,” Woods said. “Simple and direct.”