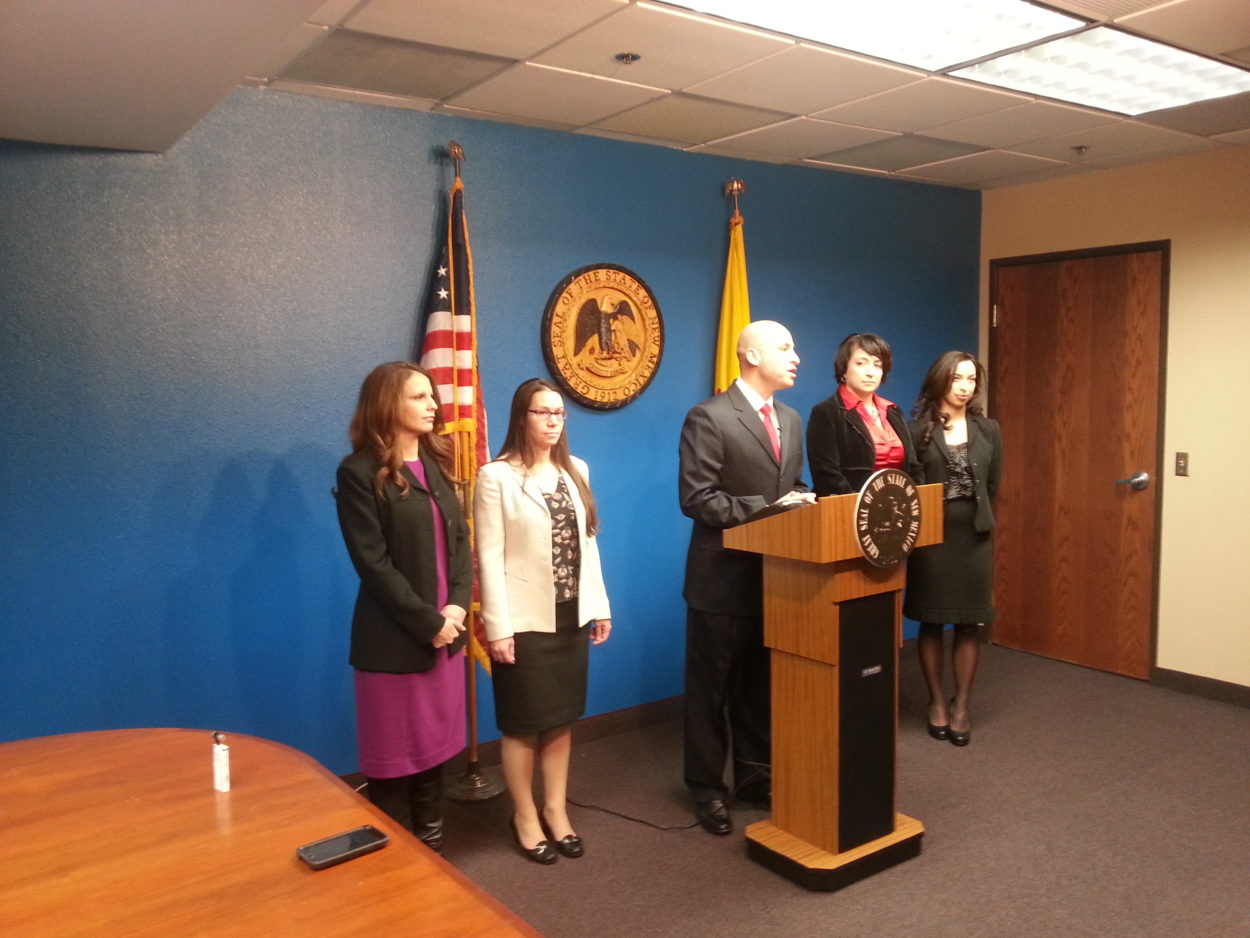 At the press conference on Thursday, Balderas also spoke about his request for additional funding that he said would speed forward the investigation by years.

The controversial audit took place in June of 2013 and efforts by media and open government advocates to force the release of the audit through the state’s Inspection of Public Records Act have largely fallen short. Courts have said the state does not have to release the audit under the open records law’s “law enforcement” exception. This makes documents part of an ongoing investigation not subject to release through IPRA.

Balderas released the audit in a press conference with media in Albuquerque on Thursday morning.

“We balanced public disclosure of the report and also redacted what we feel is important” to protect the integrity criminal investigation, Balderas said.

The audit is an important document because it was used as evidence of “credible allegations of fraud” by the state Human Services Department, which resulted in the suspension of Medicaid funding for those 15 providers.

The Attorney General cleared two providers of wrongdoing, although other investigations are ongoing.

The audit, as released by the Attorney General, is available below.

In addition to the release of the audit, Balderas discussed the lengthy investigations into the behavioral health providers.

“It’s my opinion that this process into the behavioral health investigation has been too long,” Balderas said.

Balderas also said that he is asking for $1 million in funding for his office from the state Consumer Protection Fund. Balderas says if this funding is provided the time-table of the investigation can be expedited from five and a half to six years to just six to eight months. He had announced this request for funding last week.

He said that the funds “would allow us to retain additional services and additional fraud employees.”

The money would not come from the state’s general fund, though it would still require legislative and executive approval.

While Balderas was never openly critical of his predecessor in the office of the Attorney General or how the behavioral health audit, he dropped hints that he was not happy with the way in which the investigation or the fallout of the audit happened.

“We hope to bring results in a timely manner and bring answers yet not upend certain vulnerable populations when fighting waste, fraud and abuse,” he said.

“We have learned where we need to do a better job and, quite frankly, there needs to be more fraud protection at the executive level,” Balderas said.

Balderas said that investigations into three providers have been completed, four are ongoing and eight more have yet to begin.

State of the investigations

The three completed investigations are those into Easter Seals El Mirador, The Counseling Center and Service Organization for Youth. The first two had been previously publicized.

The four investigations that are currently in progress are for Families & Youth Inc., Hogares, Southwest Counseling Center and Valencia Counseling Services. The Attorney General’s office provided the list to media following the press conference.

“I will be announcing the outcome of that third report in the coming weeks,” Balderas said, apparently in reference to the Service Organization for Youth. He said he did not want to alert the media to the results before the provider was informed.

He said, “We are controlling the investigation” in the Attorney General’s office.

Balderas said he had spoken to the Human Services Department Wednesday night about his intention to release the audit. “They seemed supportive,” he said.

A previous version of this story said the press conference was held on Wednesday. It was Thursday. We regret the error.