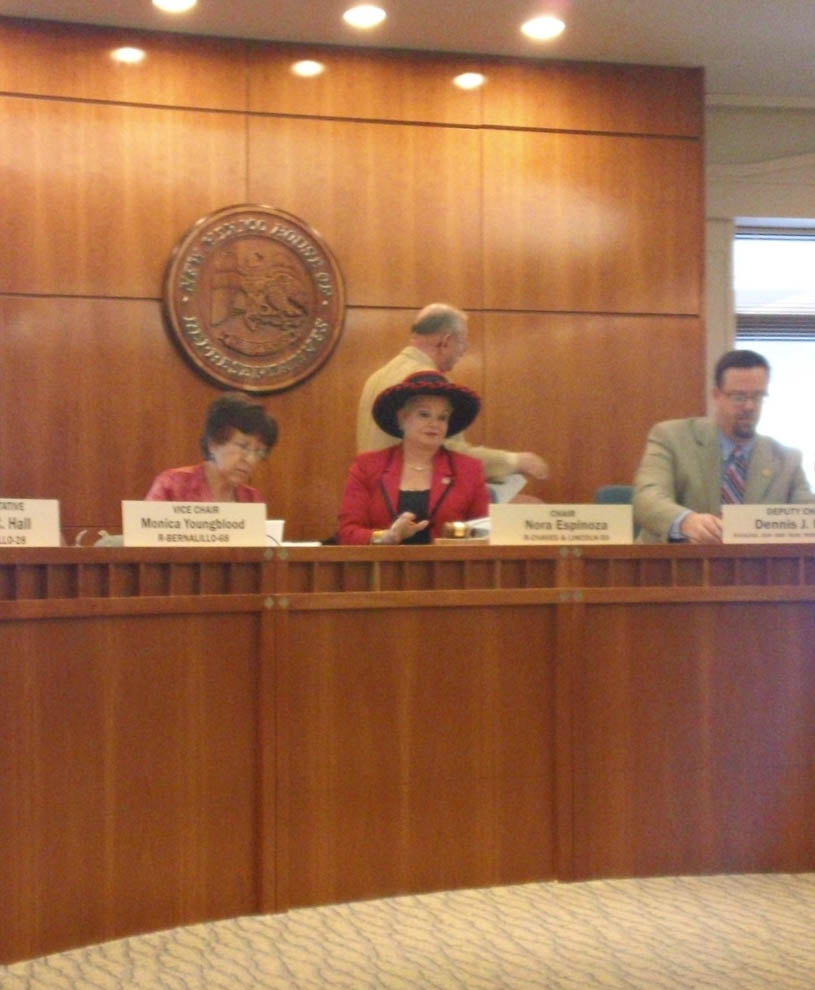 The bill’s sponsor, Rep. Monica Youngblood, R-Albuquerque, presented HB 41 along with her expert witness, Education Secretary-Designate Hanna Skandera. The proposed legislation would require school officials to closely monitor a student’s reading proficiency and retain them if it is not up to grade level by the third grade.

Opponents of the bill addressed the committee with their concerns. A common sentiment among those who opposed the bill was that the focus needs to be on intervention and that retention is not the answer. Other audience members questioned the legislation’s method of deciding proficiency.

According to the bill, reading proficiency would be evaluated by a statewide assessment test. Charles Bowyer, executive director of the National Education Association, said he agrees with much of the bill, but that the retention portion is arbitrary.

“We’re puzzled about why there’s one point in a child’s educational career, when the parents are irrelevant and the professional opinion of the educational professional is irrelevant,” Bowyer said. “And that’s somehow at the end of third grade.”

Supporters of the bill argued that the state is in trouble when it comes to education and reading proficiency. Some of the audience members who spoke out in favor of the retention bill told the committee that they don’t want to see students punished, but that when students cannot read after third grade it hinders their ability to further learn in later grades.

Roswell Public Schools Superintendent Tom Burris spoke to the board and said reading is a building block for other educational subjects.

Following the meeting, Burris told New Mexico Political Report that he is not a retention advocate but that parents tend to not be objective when discussing possible retention. He said he has seen parents oppose teacher recommended retention with little to no discussion. That, he said, becomes detrimental later on.

“Before third grade, kids learn to read. After third grade they read to learn,” Bowyers said.

The committee meeting was not without some disagreements.

After a brief comment period from committee members, Rep. Jimmie Hall, R-Albuquerque, made a motion to pass the bill. Rep. Sheryl Williams Stapleton, D-Albuquerque, argued that she did not have an opportunity to make any comments or ask questions.

Committee chair, Rep. Nora Espinoza, R-Roswell, countered that the Albuquerque representative made a motion to table the bill, therefore signaling the end of discussion.

Bills introduced by the House majority during the 2015 Legislative Session have had a successful run so far. With a few exceptions, the Republican-run committees have voted to pass Republican-backed bills on party line votes.