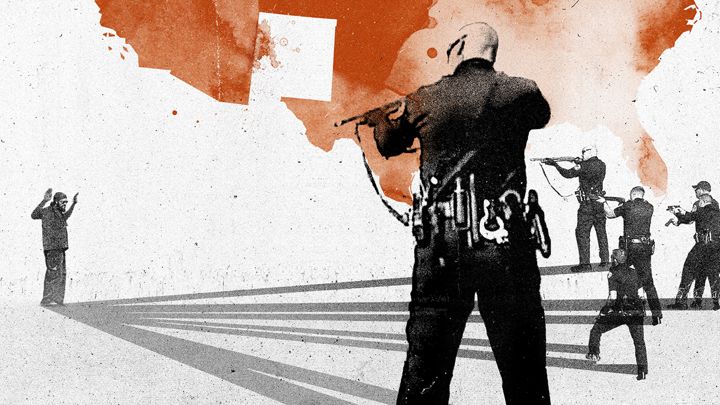 Albuquerque was profiled in two major magazines last week but city leaders will not be promoting them any time soon.

The New Yorker started the week with an 8,300 word feature that wove the story of the Albuquerque Police Department shooting Christopher Torres in with what is now a litany of shootings and offenses that have become all-too-common when writing about APD.

The Torres shooting was in 2011, seemingly a lifetime ago when you run down the timeline of APD shootings and other violations. The Albuquerque Journal timeline only goes up until April 10, 2014 when the Department of Justice announced the findings of its civil rights investigation.

The Rolling Stone article used a more recent APD shooting as a launching pad — the 2014 shooting of James Boyd, a homeless man who was illegally camping in the foothills of the Sandia Mountains.

New Mexico Political Report spoke to Nick Pinto, the author of the Rolling Stone article, this weekend about his piece. Pinto said that the article was in the works for a long time.

Pinto said the he began working on the piece in October. This included a whirlwind week of in-person interviews where Pinto says he lost his voice.

Talking to family members of those who were killed in APD shootings was particularly emotional.

“Certainly talking to family members of people who have been killed… people are obviously still grappling with this incredible loss,” Pinto said. “That translates into anger and pain.”

However, the energy from the anger is being used for positive things.

“They’re finding ways to transform that into positive efforts for change,” he said.

While they saw the Justice Department investigation and consent decree as a positive step, a word that came up repeatedly was “skeptical.”

“There has to be a genuine and sincere will on the department’s behalf to change,” Pinto said. He said there was a lot of skepticism that there was indeed that will to actually change the culture at APD.

Pinto says there is a sense that one reason for a lack of public acknowledgement is the potential fiscal impact on the city.

“There’s a concern that if the city were to completely concede that there’s a real problem here and that the DOJ’s diagnosis is entirely correct that would actually open them up to a greater liability to these civil suits than they’re prepared to face,” Pinto said. He noted that civil suits have been very expensive for the city over the past few years.

While this was Pinto’s first dive into reporting on APD, he said that he had covered the New York Police Department and there were some similarities thanks to the job.

“There are ways in which police culture has a certain consistency because of what we ask our police to do,” he said. “Police work is very difficult. It’s difficult and it’s dangerous and it’s complicated. It’s demanding.”

He does say that Albuquerque is different in many ways. APD is geographically isolated as compared to police departments in other parts of the country.

“There are a lot of things that her piece does that mine doesn’t,” he said. He welcomed the new article, saying that more coverage of APD can only be a good thing.

He, for example, was told the APD would not comment on the story. The administration of mayor Richard Berry did not respond to his attempts for comment.

So why all the attention on APD now, when shootings have been ongoing for years?

It was part of the national media realizing there is a national conversation about this sort of thing in cities across the country.

He acknowledged local coverage, especially that of Jeff Proctor, first at the Albuquerque Journal and now at KRQE, has been instrumental to national media.

One reason why Albuquerque seems to be getting more attention, Pinto believes, is the video of police killing James Boyd. “That’s not so common,” he said of the video that went viral nationally.

So what will it take for changes to come to APD?

Pinto says there needs to be a mayor and police chief who are committed to the project of changing things.

“I think people on all sides of this conversation agree on one thing, which is that the solution to this, the responsibility for fixing this situation really has to come out of Albuquerque,” Pinto said. “This isn’t something that stories out of Rolling Stone and the New Yorker can fix. This isn’t really something that the justice department can parachute in and fix.”