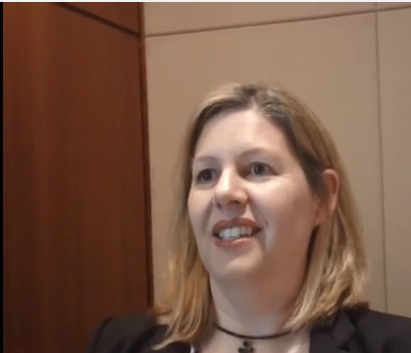 Dr. Tamara Kay, a sociology professor from the University of New Mexico.

The House Judiciary Committee is set to debate the Employee Preference Act, also known as the right-to-work bill.

Talking points in the right-to-work debate have included references to studies about the effectiveness, or lack thereof depending on which study you read, of right-to-work.

The Rio Grande Foundation, a free-market think tank based in Albuquerque, commissioned a study on right-to-work that the group said shows right-to-work is effective.

The study has since come under fire for what critics say are its inaccuracies.

Dr. Tamara Kay, a professor in the Sociology Department of the University of New Mexico, spoke at an event earlier this year about what she said were improper techniques to gather and report the data.

“Numbers can be manipulated, but that’s why we have gold standards,” Kay said.

Dr. Tamara Kay, a sociology professor from the University of New Mexico.

Gessing said an issue like right-to-work is hard to measure the same way as other issues.

“We don’t have two New Mexicos we can set up in a double blind study,” Rio Grande Foundation President Paul Gessing said.

On Tuesday the House Judiciary Committee heard from dozens of members of the public, both in favor and against the measure.

After hours of sometimes emotional and passionate testimony, the committee members agreed to debate and vote Friday afternoon. This came after a substitute bill was introduced by Rep. Dennis Roch, the bill’s sponsor, that would have allowed some employers to hire union employees exclusively. Democratic members of the committee argued they did not get enough time to review the changes.

Another substitute version is expected during Friday’s portion of the hearing.

New Mexico Political Report spoke with both Gessing and Key about right-to-work and the science behind it.