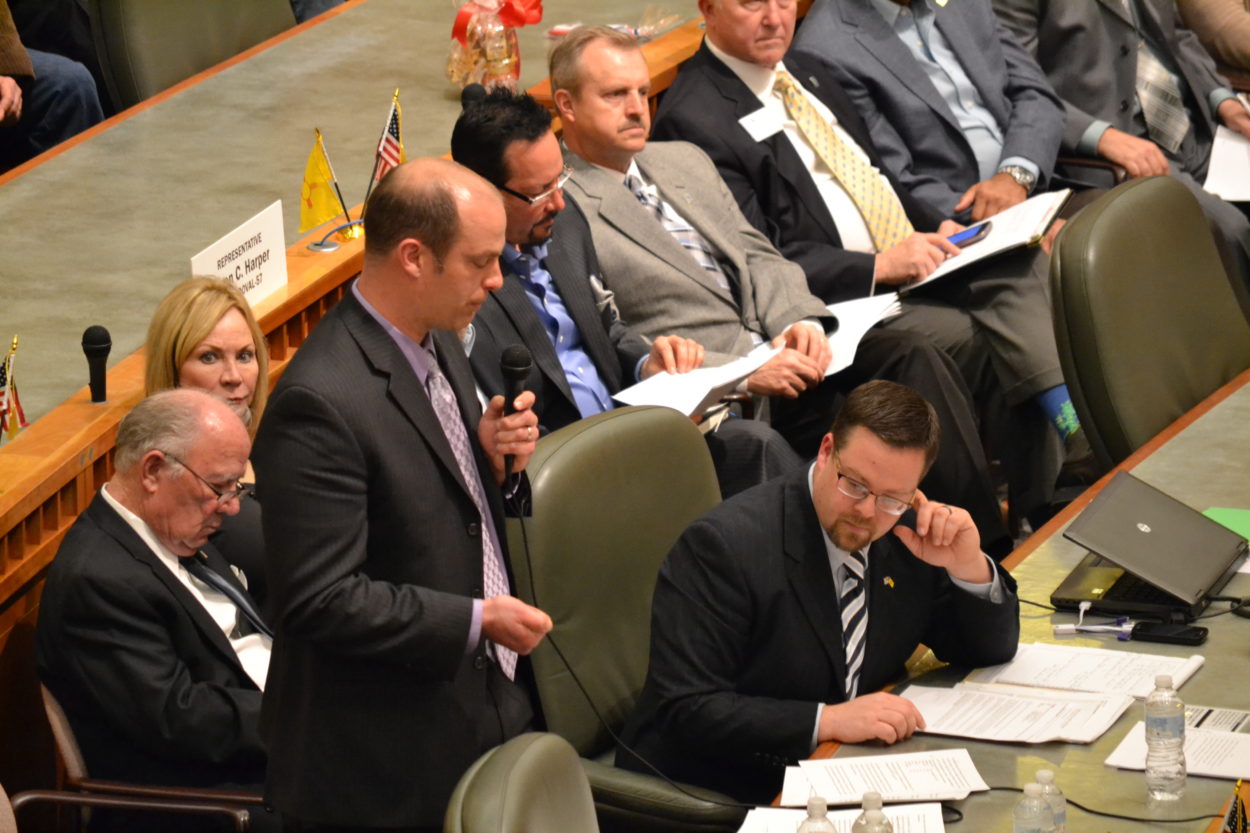 The House Judiciary Committee is scheduled to discuss and debate HB 75, or the Employee Preference Act on Friday afternoon. The legislation, often referred to as the right-to-work bill, would bar unions from taking a mandatory share from employee’s paychecks.

On Tuesday evening, the bill’s sponsor, Rep. Dennis Roch, R-Logan, presented the committee with a substitute bill that he said would allow some employers to hire union members exclusively. The Democratic members of the committee argued that the substitute bill was not distributed to the members with enough time to review it.

On Thursday, a new substitute bill was finalized and distributed to committee members. The new version includes a provision that would increase the state’s minimum wage to $8.00 per hour, with an exemption for employees in a training period. The substitute bill allows employers to pay their employees a training wage of $7.50 an hour for no longer than six months.

Majority Floor Leader Nate Gentry, R-Albuquerque, told New Mexico Political Report that he introduced the new substitute as an attempt to compromise with House Democrats. He said he added the minimum wage increase even though he thinks he will get some push back from some constituents.

“I’ve gotten a lot of heat from the business community for doing this,” he said.

He added that he is trying to “give the other side something the business community doesn’t want, in order to move the ball forward.”

Democrats are concerned that the training wage will encourage employers to terminate workers after six months in order to avoid paying the full wage. Minority Floor Leader Brian Egolf, D-Santa Fe, said he does not believe the Republican’s intentions and called the new bill a “cynical ploy” by House Republicans.

He said the proposal is a way for “unscrupulous employers” to pay workers a reduced rate and fire them before the training period is over.

“Everyone that works at a McDonalds is all of the sudden going to be getting a training wage and then they’ll get fired,” Egolf said.

There are three bills in the House and five in the Senate that propose a minimum wage increase. Some would allow continual increases based on the cost of living, including HB 360, sponsored by Rep. Patricia Roybal Caballero, D-Albuquerque.

Roybal Caballero’s minimum wage bill is scheduled to be heard on Saturday in the House Regulatory and Public Affairs Committee.

The Judiciary Committee is scheduled to meet at 1:30 p.m. Friday to debate and likely vote on the substitute right-to-work bill.