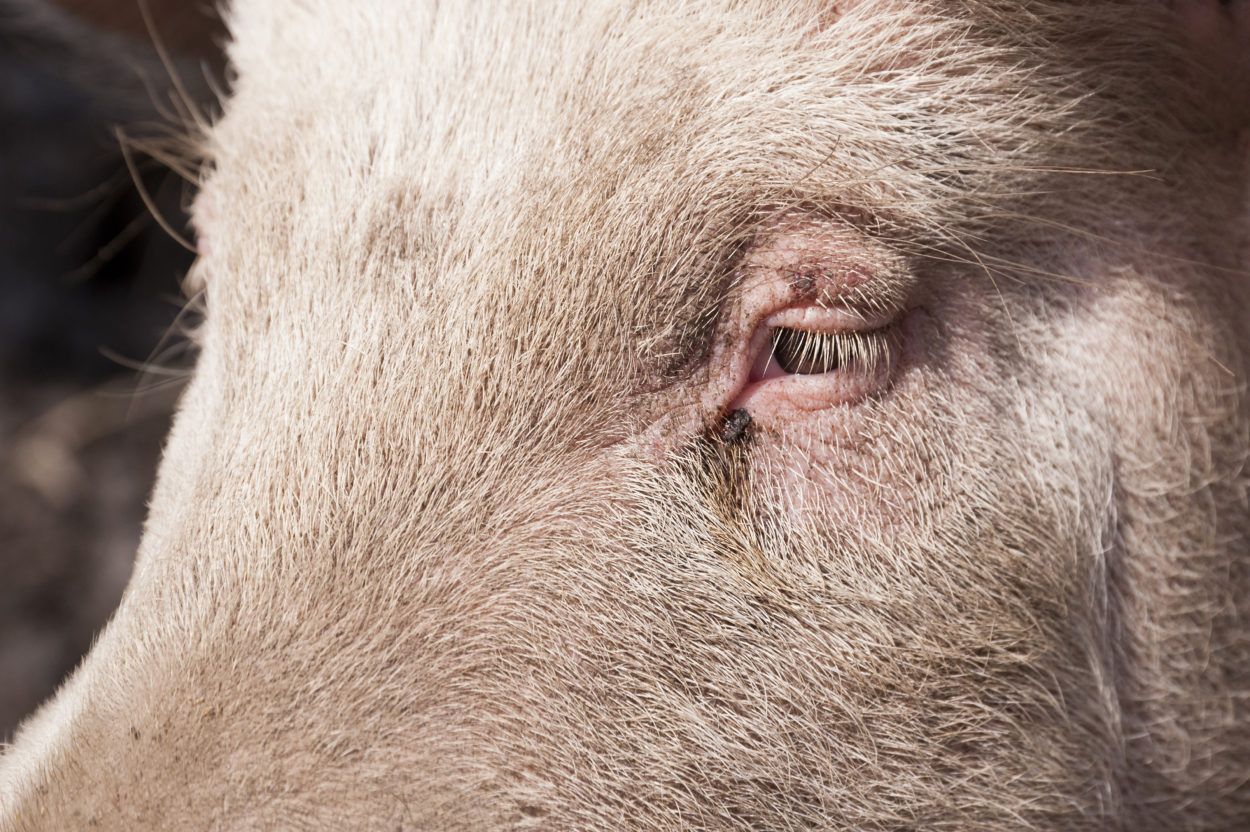 [box type=”info” style=”rounded”]ELEANOR BRAVO is a Senior Organizer for Food & Water Watch, overseeing operations in New Mexico, Texas, and Arizona. Ms. Bravo has over 30 years of experience with activism and political organizing and is also a certified mediator with a focus on divorce & child custody, environmental issues, and alternative dispute resolution in the workplace.[/box]

Factory farms are at it again. Predictably, the industrial agriculture lobby is making its practically perennial effort to place itself above the law by bending the ears of New Mexico legislators. State Sens. Cliff Pirtle and Phil Griego have introduced separate pieces of legislation that aim to amend the “right-to-farm” act to exempt agricultural operations from being deemed a nuisance.

We’re not talking about the family farm here.

We’re talking about factories where thousands of animals are crammed into close quarters where temperatures often break 100 degrees. The filthy conditions attract massive swarms of flies and generate a stench that can be unbearable. These animals produce tons of waste, which is kept in unlined manure lagoons, and periodically sprayed into the air for “disposal.” Conditions like these are the rule, not the exception, on industrial dairy farms across New Mexico.

Last year, in response to a number of nuisance suits filed the previous year by people living next to big dairy farms, some lawmakers attempted during the short legislative session to exempt agricultural facilities from prosecution for nuisances. Thanks to public outcry, they failed. Now Sens. Pirtle and Griego are trying again to give this polluting industry special treatment.

New Mexico’s dairy industry is worth multiple billions of dollars, so it’s no surprise that its lobbyists exercise enormous influence over lawmakers in New Mexico. But why would the dairy industry focus so much energy on a desert state with little water and practically no grass in the first place? The answer: cheap labor and vast tracts of unused land.

The dairy industry exploits the reality that New Mexico has the highest income inequality in the nation. The industry benefits from the fact that many people are poor and are willing to work for cheap. Ironically, factory farms are located disproportionately in low-income and minority areas, threatening the quality of life and the health of rural families who are unlikely to be able to fight back to protect themselves.

In addition, the dairy industry capitalizes on the fact that there’s land in New Mexico, and that people who own it are eager to profit from it. Landowners lease property to Big Ag in New Mexico, and those who profit from the industry are likely to turn the other cheek to its harmful ways. In fact, many local lawmakers lease land to the industry or own shares in factory farms.

Even though the economic conditions in New Mexico make it difficult to stand up to the money and power that allow the dairy industry to inconvenience, harm and exploit residents of this state, the industry must be held accountable for its practices. Nuisance lawsuits are virtually the only recourse available to those who need to protect themselves when the factory farm in their neighborhood pollutes their air and water, harms the health of their children, generates noise and undermines their quality of life.

Let’s be clear: Nuisance suits do not take away the rights of these corporate agriculture interests to raise livestock. They simply hold producers accountable for being good, responsible neighbors. Compliant producers need not fear nuisance suits.

In contrast, the bills by Sens. Pirtle and Griego attempt to strip the right of people to protect themselves from harm. The real motivation behind this legislation is unmistakably clear: to perpetuate an industrial farming model that has devastating consequences for rural communities, the environment, public health and animal welfare.

Don’t let them get away with it. Protect your family and property from the noise and smell of factory farms. Tell your legislator to vote no on anti-nuisance bills.