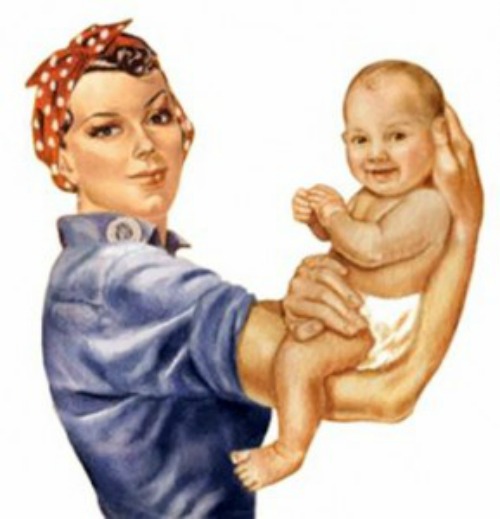 In line with trends nationwide, the number of New Mexico families with women responsible for sole or primary financial support has grown dramatically.

According to 2014 U.S. Census Bureau data, 106,993 households in the state are headed by females. If a woman who’s the head of a household gets pregnant, it can put the economic stability of her family at risk. Two pieces of legislation seek to address that issue, but a close examination of both reveals stark differences.

Pamelya Herndon, an attorney and executive director of the Southwest Women’s Law Center, has seen the hard choices female heads of households face if their employers aren’t responsive to the challenges that accompany pregnancy or related complications. She cites the case of a pregnant woman she met who was the only breadwinner for her family and an employee at a factory where glue fumes were present.

“She asked the employer if she could be moved out of the area where the gluing occurred,” said Herndon, “because she wanted to make sure she wasn’t going to harm her child in any way. Well, the employer refused to move her.”

The woman was thus faced with a difficult choice: keep working with the fear that glue fumes could affect the healthy development of her fetus or quit working. She opted to leave her job.

Too many times women are either dismissed or forced to leave their jobs because of pregnancy, said Herndon. “Those type of situations should not be occurring. Why should a woman have to make that choice?”

That’s why Herndon has been collaborating with Rep. Gail Chasey, D-Albuquerque, to craft the “Pregnant Worker Accommodation Act,” a proposal that would expand protections against employment discrimination.

The act requires employers in the state to make “reasonable accommodations” for workers temporarily disabled by pregnancy or conditions related to pregnancy, as long as the accommodations don’t cause significant difficulties or costs to businesses. It also provides the right for any worker disabled by pregnancy, childbirth or a related condition to return to their same job or a comparable position after a leave of absence up to three months. Workers can also seek legal remedies in the court system if their rights in the act are violated.

“This is all part of a bigger picture of promoting the economic advancement of women in the state of New Mexico,” said Herndon.

Speaker of the House Don Tripp, R-Socorro, assigned Chasey’s bill to hearings in three committees, which have to give their approval before the full House can debate it. The second committee nearly killed the measure on Tuesday.

A straight Republican majority voted against a do-pass recommendation, but a motion was made to allow passage to its final committee assignment without a recommendation. Rep. Jane Powdrell-Cuthbert, R-Corrales, broke ranks to keep the measure alive.

Meanwhile, Rep. Terry McMillan, R-Las Cruces, introduced similar legislation last week, after which it was assigned just one committee hearing. Its title is the same as Chasey’s bill with a similar focus: “To ensure reasonable workplace accommodations for workers whose ability to perform the functions of a job are limited by pregnancy, childbirth or a related medical condition.”

McMillan didn’t respond to requests for an interview, as of press time. A look at his proposal shows that its worker protections apply only to employers with 50 or more staff members. That’s 4.4 percent of all businesses in New Mexico.

The legislation also requires medical certification from a health provider before a woman can receive workplace accommodations or return to work after leave, both of which Hernon said constitute an unnecessary burden. She pointed out that wording doesn’t explicitly prohibit business owners from discharging or otherwise discriminating against pregnant employees.

Furthermore, she said, McMillan’s bill would only allow women whose rights are violated under his act to seek administrative relief. “That is a huge difference,” said Herndon, “that they are blocking their access to the justice system.”