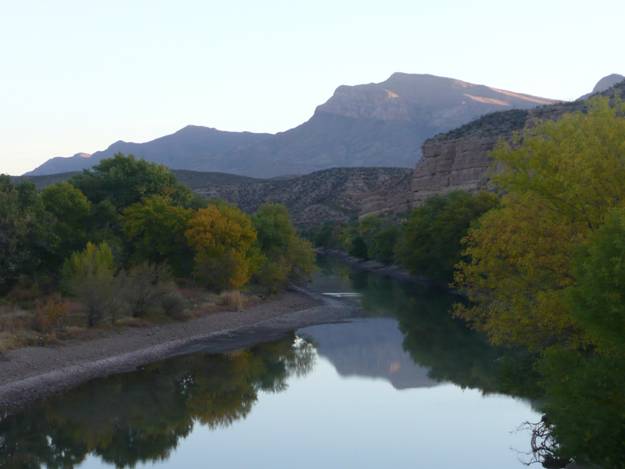 A New Mexico lawmaker introduced a bill that would establish a commission charged with creating a multi-use trail that would reach across most of the state.

The proposed legislation, HB 563, would establish the Rio Grande Trail Commission with the purpose of overseeing the creation of the Rio Grande Trail. The bill’s sponsor, Rep. Jeff Steinborn, D-Las Cruces, said the trail would be modeled after other trails like the Appalachian Trail. According to the bill, the trail would stretch from the border with Colorado to the Southern border of New Mexico.

In a press conference on Thursday, Steinborn told reporters that the idea for the trail goes back more than a decade. He said money was appropriated and spent to look into the idea, but nothing happened afterward.

“Routes were developed and maps developed. Then the idea just kind of stopped there,” Steinborn said.

Steinborn added that parts of the proposed trail are already established and would just need to be connected. He added that landowners around the proposed areas would not be forced to give up any of their land unless they want to.

“There’s no eminent domain, there’s no predetermined routes,” he said.

Steinborn told New Mexico Political Report that 36 lawmakers from both the Senate and House signed on as co-sponsors. One of the sponsors, House Majority Whip Alonzo Baldonado, R-Los Lunas, said he welcomes any reason to bring positive attention to New Mexico. He said when he heard about the idea from Steinborn, he liked it immediately.

“I thought, ‘What a neat idea to harness the most beautiful asset of the state,’” Baldonado told reporters.

Steinborn said the multi-use trail would be about 500 miles long and would be funded partly by a state appropriation but would be open for donations from the public.

The Las Cruces lawmaker said if the bill is approved, the commission could get to work as early as  next year, but the trail itself could be in the works for many years to come.