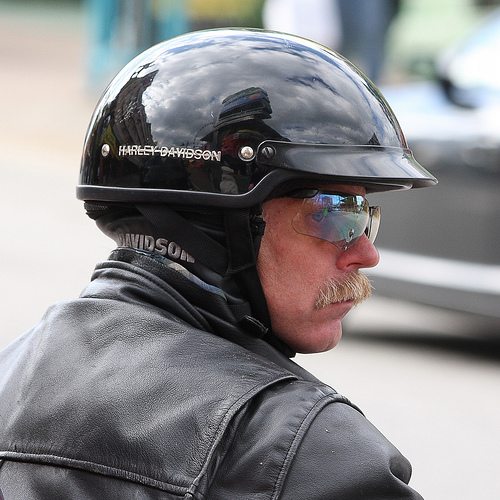 Two bills related to helmets for motorcyclists failed to pass a Senate committee on Tuesday afternoon.

The bills each failed to pass on bipartisan, 4-3 votes in the Senate Public Affairs Committee. Each piece of legislation was sponsored by committee chair Jerry Ortiz y Pino, D-Albuquerque.

The first bill would have required all those riding motorcycles to wear helmets or face hefty fines. Even when the fines were reduced, it still failed to have the support of a majority of the panel.

Sen. Craig Brandt, R-Rio Rancho, said he was a motorcycle rider and that he always wore a helmet. He said, however, that it was a question of freedom, saying he opposed requiring wearing seatbelts as well.

“I really have a struggle with taking away people’s rights,” Brandt said.

Sen. Daniel Ivey-Soto, D-Albuquerque, said that the costs were passed on to the public, so he believed they had a right to have a say in whether or not people wore helmets.

“When the rest of us have to pay the cost and pay the bill for people’s decision on how they want to be individually, that’s where it changes things for me,” Ivey-Soto said. “Because now I’m paying the bill; if I’m paying the bill, I think I get to say something about it.”

The second piece of legislation also failed to pass the committee. That legislation would have had a two-tiered licensing structure for motorcyclists. One would be at current rates and require a helmet to be worn. Another version of the license would be much more expensive and would apply to those who wished to ride without helmets.

The extra funds from helmetless motorcycle licenses was designed go towards funds to pay for brain injuries and other funds related to injuries commonly seen among motorcyclists without helmets.

Brandt suggested that they instead require a higher amount of health insurance for those who wished to wear helmets. Ortiz y Pino said any such insurance would be much more expensive than $692 and his expert witness said that such an effort had been a failure in Florida.

Ivey-Soto asked if Ortiz y Pino wanted to rework his bill to include the insurance component, but Ortiz y Pino declined.

Brandt said after the vote that he then recognized it was a bad idea, but that’s how things worked out when you are brainstorming in a committee.

Sen. Jacob Candelaria, D-Albuquerque, said family members and friends who rode motorcycles told him that not wearing a helmet can be safer when in heavy traffic, an apparent reference to peripheral vision. The National Highway Traffic Safety Administration says that this is a common myth, though helmets do not effect the peripheral vision or hearing of motorcycle riders.

Current law allows those over the age of 18 to ride motorcycles without helmets.

Motorcyclists rallied at the Roundhouse this weekend.