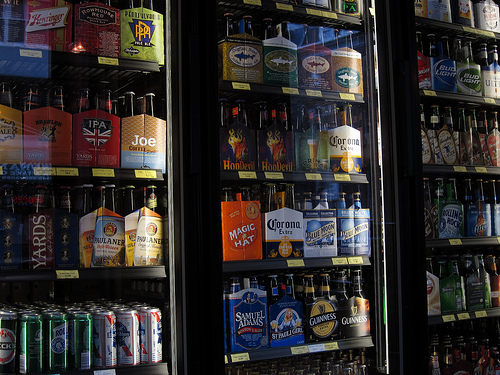 The vote was 32-10 in favor of passing the legislation, with both bipartisan support and opposition.

The legislation would allow adults over the legal drinking age, 21, to order up to two six-packs of beer and two bottles of wine for delivery as long as it comes with at least $20 in food.

The restaurant that delivers the alcohol must get at least 70 percent of its gross receipts from the sale of meals to qualify for a beer or wine license. The delivereis would have to stop when the the restaurant stops selling food or at 10:00 p.m., whichever happens first. To areas where Sunday sales are allowed, the deadline would be pushed up to 9:00 p.m.

One Senator said that the $1,300 annual license would make it so only larger businesses would be able to afford beer and wine deliveries.

Sen. Lisa Torraco, R-Albuquerque, said that she was concerned that it would be an easier way for minors to get access to alcohol. She said it would be difficult for delivery drivers to verify the age of those who ordered the alcohol.

Ortiz y Pino said that there are easier ways for those who are underage to get access to alcohol.

“There are so many easier ways for a party in a private home to aces much larger amounts of beer than two six packs at a time accompanied by $20 of food,” Ortiz y Pino said in his closing.

Local option districts would be able to decide whether or not to allow such alcohol deliveries.

Ortiz y Pino also said it would keep people who are drinking off the street. He also said that it wasn’t a large amount of alcohol.

“I think two bottles of wine is moderate, two six-packs of beer is moderate,” Ryan said, adding, “if you don’t drink it all yourself.”

Now that the bill has passed the Senate, it will head to the House. The bill is cosponsored by Rep. James Smith, R-Sandia Park.