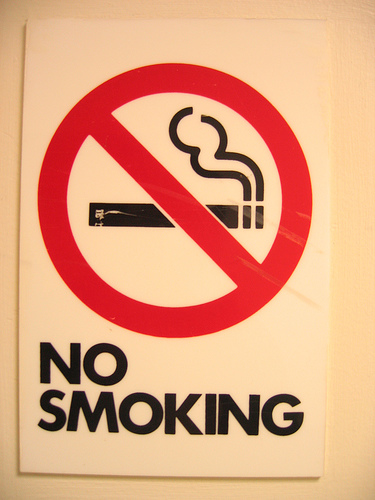 A bill that would allow healthcare providers to decide whether or to not hire tobacco users passed a House committee without a recommendation on Thursday.

The House Business and Employment Committee voted to pass the bill on a bipartisan 9 to 4 vote.

It is unlawful for an employer to:

(1)     refuse to hire or to discharge any individual, or otherwise disadvantage any individual, with respect to compensation, terms, conditions or privileges of employment because the individual is a smoker or nonsmoker, provided that the individual complies with applicable laws or policies regulating smoking on the premises of the employer during working hours; or

(2)     require as a condition of employment that any employee or applicant for employment abstain from smoking or using tobacco products during nonworking hours, provided the individual complies with applicable laws or policies regulating smoking on the premises of the employer during working hours.

The bill, which has support from the business and medical industries, would allow some employers to not hire those who use tobacco products.

Gentry said his concern is health care workers who deal with patients who may be suffering from conditions that would otherwise be exacerbated by the smell of smoke. President and CEO of Presbyterian Healthcare Services James Hinton, Gentry’s expert witness, said allowing healthcare professionals to smoke cigarettes and use tobacco sends a mixed message.

“We need to be able to say to our patients that tobacco use is inconsistent with our mission,” Hinton told committee members.

Some committee members said they are anti-smoking, but that the bill may infringe on certain constitutional rights. One member said she took personal offense to the testimony being presented.

Rep. Candy Spence Ezzell, R-Roswell, who is also a cigarette smoker, told the committee she did not like the way the bill targeted a specific group of people.

“Say hi to the scourge of the earth, because that’s what’s your making me out to be,” she said.  “I don’t like the uppity approach that some people take. I’m really, really bothered by that.”

She went on to ask the bill’s sponsor why all tobacco products were included in the bill if smell was such a huge factor.

“If I chew tobacco, unless I drool down the front of my shirt, I won’t have that smell,” Ezell said.

Other members were concerned about possibly infringing on constitutional rights and what constitutes a tobacco user.

Gentry and Hinton both agreed that there were some issue to be worked out, but that the bill was a step forward to ensure healthier New Mexicans and lower healthcare costs for the state.

Committee Chair Jane Powdrell-Culbert, R-Corrales, told members she had a previous discussion with Gentry about possibly tabling the bill and continuing the discussion later. After a failed attempt by Ezzell to table the bill, the committee voted to pass the bill along without a recommendation.

The bill will now head to the House Health Committee.