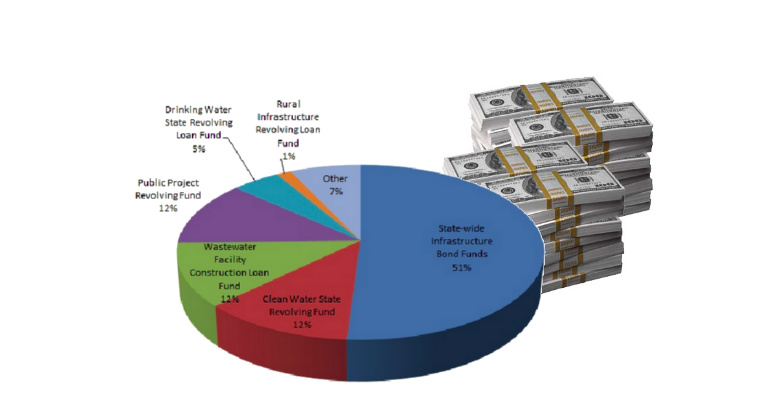 A public report, “Money on the Sidelines,” tracked all of the unspent money left in bank accounts spread across the state’s multitude of agency and permanent fund accounts.  “Some fund balances serve a similar purpose within an agency for a specific project or a specific governmental function, while other fund balances represent money that could be spent on non-specified projects or functions,” Keller says in the report.

Approximately half of the money appears to be allocated for capital infrastructure (such as roads, buildings and water projects).

 $4.5 billion of unspent public dollars in the State of New Mexico were spread across 737 different accounts throughout state agencies and affiliated entities, excluding fiduciary funds (permanent and pension funds).

 $42 million was unspent for education projects within funds at the Public Education Department and the Public School Facilities Authority.

Each year, the governor and state legislators divide up available capital outlay funds and direct them to local or regional projects.  Many of those are matching projects, meaning the state agrees to provide X dollars if a local or federal agency provides Y.  It appears that as much as $1.2B in state capital outlay funds remain unspent in accounts, with at least some of those languishing for years.

1. Department of Finance and Administration, $1.2 billion, primarily in the Board of Finance bond fund and the local DWI grant program fund.

6. Office of the State Treasurer, $221 million, with the severance tax and general obligation bond funds representing the largest amount, and $9 million in a general unassigned fund.

7. Department of Workforce Solutions, $139 million, with most funds in the unemployment insurance trust enterprise fund and the employment security department fund (penalty and interest fund).

9. Office of the State Engineer, $67.7 million, with the largest amount of funds in the unit fund and irrigation works construction fund.

10. Department of Game and Fish, $61 million, with the largest balances in the general restricted fund and the capital projects fund.

While Keller declines to to suggest ways the state could use this unspent money, the opportunity won’t be lost on legislators and agency administrators anxious to plug program budget gaps or fund new job growth across the state.

Money on the Sidelines