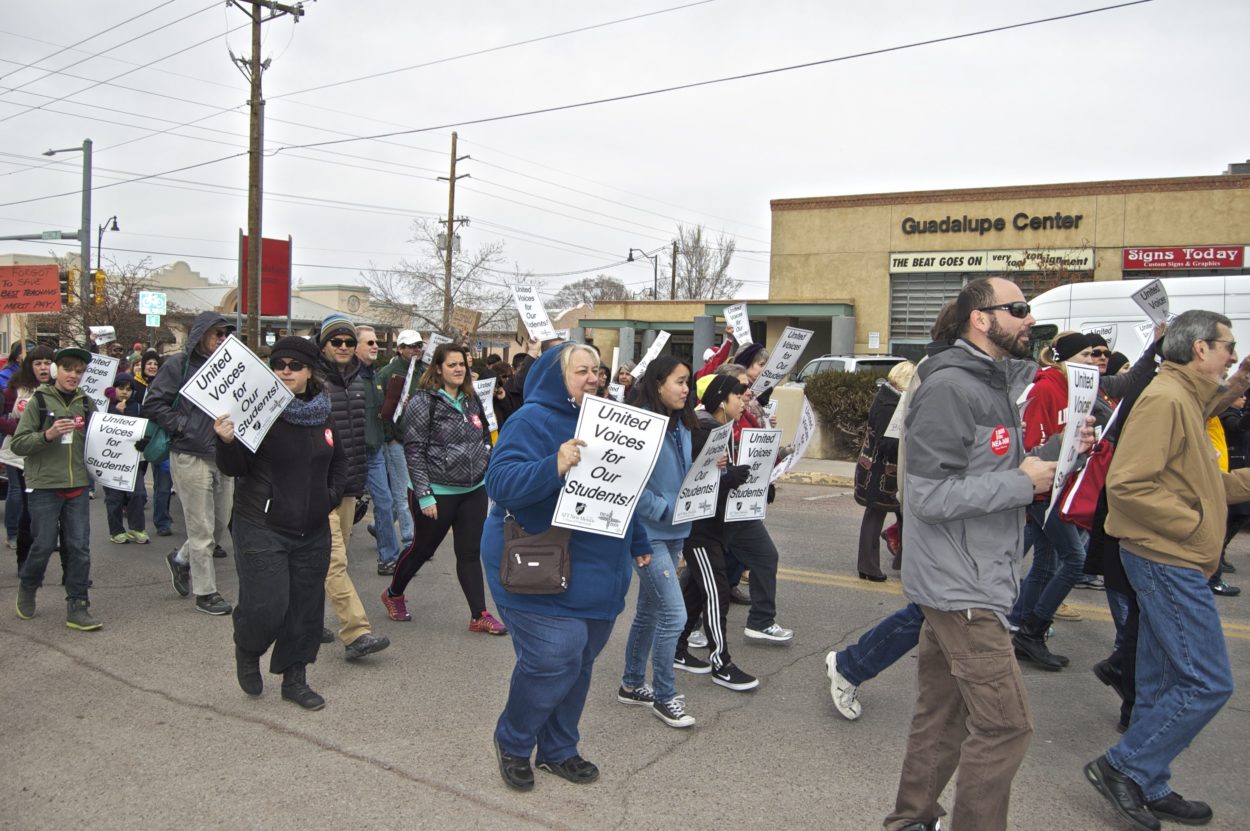 A New Mexico judge will hear an appeal of a lawsuit over what has been called “bid-rigging” in relation to evaluation tests that are performed throughout the state. This could cut short the contract between the state and the vendor involved in the tests.

The Associated Press reported on the appeal that will take place on Tuesday. The American Institutes for Research appeal challenges the multi-year contract awarded to Pearson to conduct the tests for the state. The tests are for the Partnership for Assessment of Readiness for College and Careers, or PARCC.

The challenge by AIR hopes to restrict the contract between the state and Pearson for PARCC testing to just a year while opening up the contract for bids for future years.

PARCC testing has been controversial in the state and the 11 other states and the District of Columbia that use those standards.

A Santa Fe Reporter article from 2014 looked at the dispute between AIR and the state over the contract. AIR had protested the awarding of the contract to Pearson to the state.

The state rejected the protest.

But both PED and Pearson wrote in filings to the state purchasing agent that AIR was only looking to break up the contract to benefit itself. Such actions, they argued, would cost taxpayers more money and delay the state’s work in reforming education.
State Purchasing Agent Larry Maxwell sides with PED in his determination, arguing that the bid “was a careful and thoughtful decision and approach made for the benefit of the public.”

AIR decided to appeal that ruling.

From a Fox News article, also from last year:

The Washington-based American Institutes for Research initially protested the Pearson contract six months ago with a legal filing, claiming it didn’t even bother to bid for the contract for New Mexico schools because it believed the process was rigged. Pearson wound up being the only bidder for the contract for test delivery and item development under the Partnership for Assessment of Readiness for College and Careers, a consortium of states jointly implementing Common Core.

“The procurement for PARCC Operational Assessments is fundamentally flawed in several critical ways,” reads a summary from AIR’s January filing. AIR claims it could not develop testing materials because it did not have access to necessary information, which PARCC gave only to Pearson.

The Associated Press story mentioned that a Mississippi contract review board found that the contract was not properly awarded through a competitive process.

Following this determination, Mississippi withdrew from the PARCC consortium and opened up its bidding process.

“Our exit from PARCC will help ensure the process is open and transparent,” Dr. John R. Kelly, chairman of the Board of Education, said in a statement last month. “Any assessment vendor may submit a bid for the contract provided they meet the RFP requirements and their assessment measures what students are learning in our classrooms.”

Students and others throughout New Mexico protested PARCC last week.

Despite this, Gov. Susana Martinez reiterated that the PARCC test is here to stay in New Mexico.