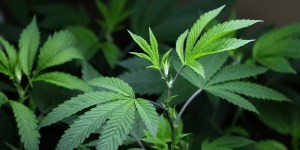 The Senate narrowly voted to pass legislation that would decrease the penalties for the possession of small amounts of marijuana.

The version of the legislation that passed the Senate would make the penalty for the possession of an ounce or less of marijuana a ticket with a $50 fine instead of jail. Possession of 8 ounces or more would remain a felony.

Sen. Lisa Torraco, R-Albuquerque, helped bring the legislation forward and noted it was part of the interim criminal justice reform effort. She said that the substitute is a better bill, “whether you are a conservative or a liberal.”

She said that it would save the state money, citing the $65 cost per night in jail for each inmate, and that it would help stop a backlog from taking place in the court system and the state labs.

“I’m voting for this legislation, because I’m a pragmatic,” Torraco said. “This is the best thing we can do for New Mexico at this time to solve this problem.”

Sen. Joseph Cervantes, D-Las Cruces, sponsored the bill and said that the floor substitute was an effort to address the concerns he heard in the Senate Judiciary Committee. He convinced at least one Republican who initially opposed the legislation, Sen. John Ryan of Albuquerque.

“I think there still is a penalty on one ounce or less so I think there’s still a deterrent for us parents who want to tell our kids that it’s still wrong, it’s still against the law,” Ryan said.

Most of the debate, however, came from Republicans who opposed decreasing the penalties for possession of marijuana.

Sen. Sue Wilson Beffort, R-Sandia Park, said that she believed decreasing penalties was a slippery slope and she believed that it would lead to more marijuana use and, eventually, to more addicts. Sen. William Burt, R-Alamogordo, said that a ten day stay in jail might be a good thing for the state, to keep those caught with marijuana off the street.

Sen. Richard Martinez, D-Española, said that the changes helped him be able to support the bill, calling the new version “a lot stronger, a lot better.”

“This really goes a step forward toward relieving the cost to our state and our counties,” Martinez, a former magistrate judge, said.

Sen. Sander Rue, R-Albuquerque, said that it would help those who grow and distribute marijuana.

Speaking as if he was a marijuana distributor, which Rue is not, he said if this bill becomes law,”You’ve expanded my market considerably, creating an incentive for me to try to illegally bring marijuana and distribute it to the consumers in the state of New Mexico.”

Cervantes noted that he opposes the legalization of marijuana in New Mexico.

“This bill does not legalize possession of marijuana, legalization and decriminalization being two different concepts,” Cervantes said.

Another concern among Republicans was how the legislation would deal with food products that contain marijuana, saying that ounces isn’t the best way to judge these.

Cervantes said that this tracked with how the state deals with all drugs.

Margaret Wright contributed to this report.