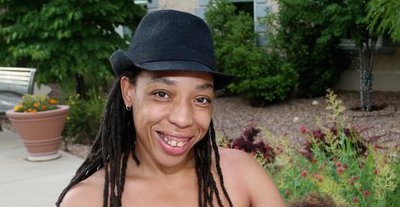 [box type=”info”]Jessica King is an Albuquerque mother. She provided this reader-submitted opinion piece.[/box]
SB 363: The Expectant and Postpartum Prisoners Act give judges the opportunity to consider the power of birth and the importance of motherhood, starting with breastfeeding, at the time of sentencing and in consideration of early release. SB 363 is all about the ability to offer a new human life the proper welcome to this earth and giving an infant what it needs and deserves to have a healthy and happy life. It also makes sure that if a mother is apart from her baby in a facility, there is support for her infant by ensuring that each facility has a breastfeeding support.

NM State Senator Lisa Toracco bought this bill to you because the facts and evidence that the pairing of  mother and child together and supporting breastfeeding promotes bonding, reduces child abuse rates, results in fewer negative health implications for mother and child are really important and saves state and local tax dollars.

Meaning the birth of one life can change the life of many.
Breastfeeding is not just a women issue it is a human being issue that has implications for everyone.
I was a teenage alcoholic spending most of my early 20’s in and out of courts and jails, or running from them…. letting alcoholism try to kill me.  Now, I’m 15 years without a drink and I still know that every day without a drink is a victory.  I make it my point to let my community know, if I can do it, so can they.
There once was a time where I brightened up the stages of T.D’s Gentleman Club.  Years later, after I had my son, I got to grace the stage of Popejoy Hall, fulfilling childhood dreams by performing community theater to a sold out crowd.
I share this little testimony to confirm the power of change and faith is so beautiful.
We know that for more than a decade we have had an over incarceration problem at MDC and at prisons and jails across the country, and that women are the largest growing incarcerated population.
I can attest that my son’s birth transformed my life. Every time he looks into my eyes, every times he latches onto my breast, every moment he breaths, I know in the bottom of my heart he believes in me.  This is what bill SB 363 is about.  It’s about human life.  My son, King Lawrence, is 31 months old.  He is healthy, he is happy and he is great in part because he was with me during his early years.
A 2014 UNM BBER report shows that $33.4 million dollars will be saved each year if breastfeeding rates were increased by 10% in NM. Also, the Dept of Corrections predicts that every baby born to an incarcerated women costs the state on average $35K.  This bill is very important because this program will save money and lower the chances that these women will continue to be in the system.
With that said, this bill, again, is about human life.  This bill is about the birth of our future.  This bill is about babies.  This bill is about God’s treasure.  God’s gift of life having the best beginning possible.  This bill is about the State of New Mexico doing it’s part in making sure every infant, no matter what, has what it needs to be healthy, happy and great.  The greatness of New Mexico and this country starts with birth and breastfeeding.
We support birth and breastfeeding and we ask that you do the same.  We ask that you take the ball that’s in your hands and support the gate-keepers of our future, which are the mothers! Please contact your House Representatives and ask for them to vote for SB 363.
Thank you,
Jessica and King Lawrence
Albuquerque