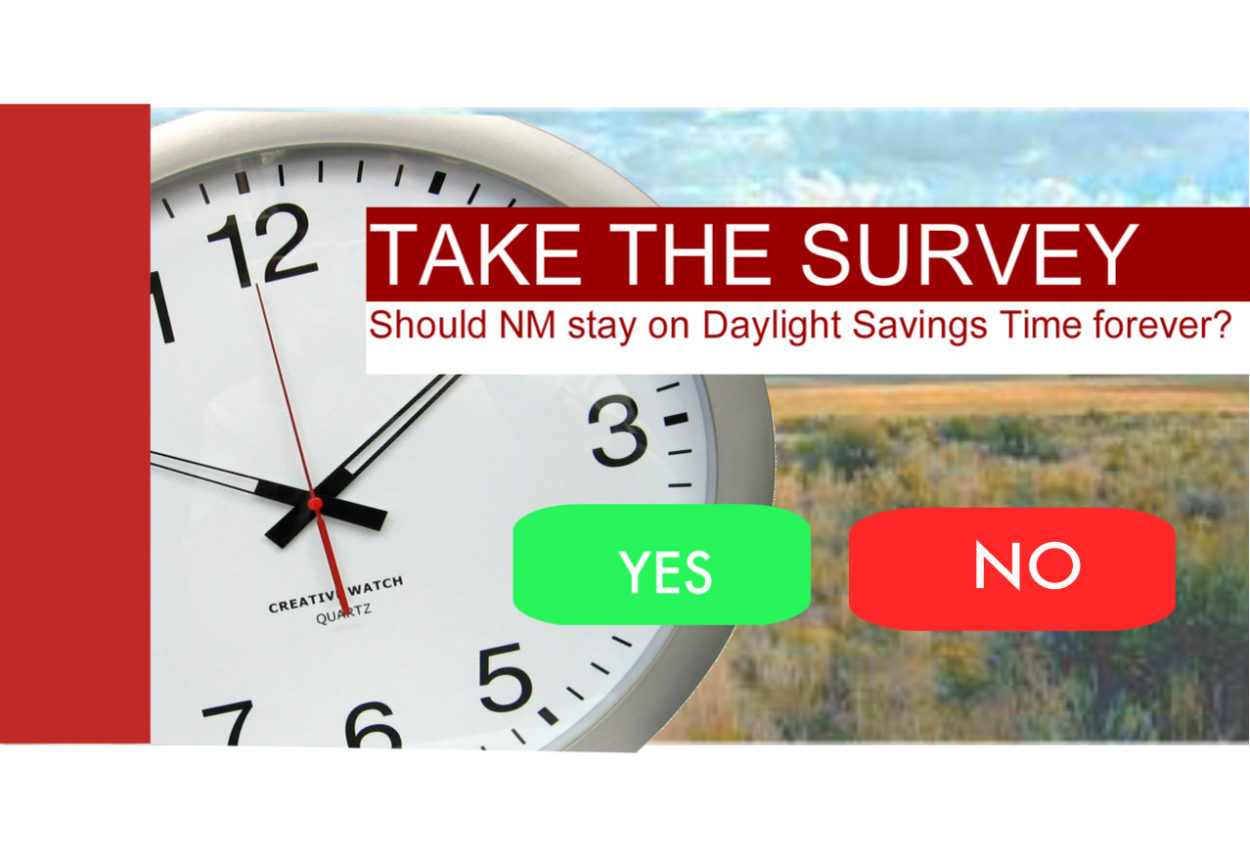 A bill that would keep New Mexico on Mountain Daylight Savings Time from here on out passed the Senate by a 28 to 10 vote.

“No one likes changing clocks twice a year, so let’s stop doing it,” Pirtle said in a prepared statement.

While supporters say it is better for farmers and keeps us from changing clocks twice a year, opponents say it will force children to stand at the bus stop in the dark for several months a year and aligns New Mexico with clocks in cities like Nashville, TN or Chicago, IL instead of closer states.

Wamt tp know if New Mexicans agree with you?  Share this survey using the share tools below and check back often to see the results.