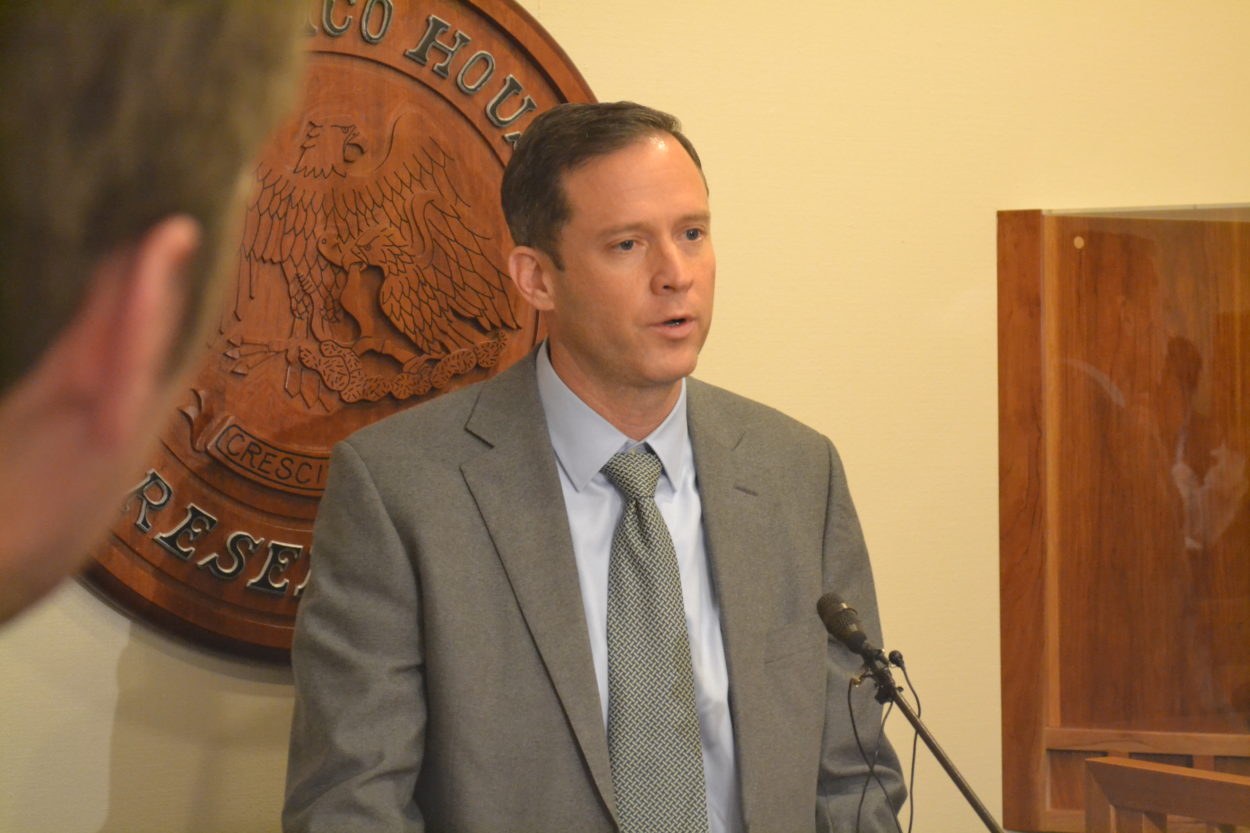 The 2015 New Mexico Legislative Session ended on Saturday with House leaders from both parties pointing fingers and assigning blame on high profile legislation that failed to pass.

House Minority Leader Brian Egolf, D-Santa Fe, told New Mexico Political Report it was the House Republicans who were to blame for the Senate not passing what became a controversial capital outlay bill.

“We fought as hard as we knew how to fight,” Egolf said. “The blame here falls squarely and solely on the shoulders of the House Republicans.”

He added that he thinks the House Republicans made decisions this session based on the priorities of Gov. Susana Martinez.

“[The House Republicans] are driving the governor’s train,” Egolf said.

Egolf was referring to the capital outlay bill passed in the Senate and heavily amended in a House committee.

House Democrats tried to add an additional amendment to strip the committee’s changes. After a three-hour debate, the House voted down Democratic amendments and sent the bill to the Senate with about 15 minutes left until the end of the session.

Martinez later said she has no plans to call for a special session.

Majority Floor Leader Nate Gentry, R-Albuquerque, sees things differently. He said in a press conference that he could sum up this session in five words.

Gentry said it was actually Senate Floor Leader Michael Sanchez who is to blame for not passing capital outlay and other important legislation. Gentry pointed to a statement made by Sanchez during a press conference during the session about bills always going to the Senate to die.

“He said it with his own words,” Gentry said.


Gentry added that it was the Senate who cut the governor out of negotiations and delayed sending the capital outlay bill to the House.

“We were under the gun to get something over to the Senate,” Gentry said of the capital outlay bill.

As representatives were packing up their personal belongings and saying their goodbyes, Egolf said he could sum up the session by pointing to two votes: the Senate Democrats’ vote on a compromise driver’s license bill and the House Republicans’ vote on the capital outlay bill. He said those two votes showed bipartisan efforts in the Senate and political dysfunction in the House.

Besides a lack of capital funds for the state, Gentry said he was disappointed with many other bills that stalled in the Senate. Third grade retention, right-to-work and a repeal of the law allowing those in the country illegally to obtain driver’s licenses were the major pieces of legislation that Gentry said were strategically held up in the Senate, despite his efforts.


“I was over in the Senate repeatedly trying to broker deals,” Gentry said.