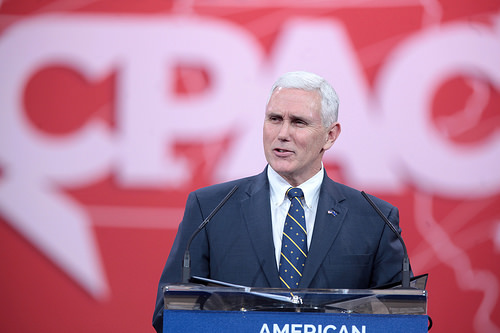 Indiana has been at the center of a firestorm after Gov. Mike Pence signed a “religious freedom” bill into law that critics say would legalize discrimination against LGBT customers.

Pence, and other supporters, have been on the defensive about the law and one talking point they have used is that many other states have such “religious freedom” laws, as does the federal government.

Using this talking point, the Washington Post wrote that 19 other states already have similar laws on the books and so does the federal government. Included on that map? New Mexico.

The laws are both called the “Religious Freedom Restoration Act.”

“The Indiana law empowers private businesses to to discriminate and to use religion as a basis for discrimination,” Simonson said. “Our law prohibits government from restricting a person’s freedom or religion unless it’s motivated by a compelling interest.”

A law professor at the University of Baltimore wrote in The Atlantic that Indiana’s law is different than the federal law and other state laws with similar or identical names.

From the piece in The Atlantic:

First, the Indiana law explicitly allows any for-profit business to assert a right to “the free exercise of religion.” The federal RFRA doesn’t contain such language, and neither does any of the state RFRAs except South Carolina’s; in fact, Louisiana and Pennsylvania, explicitly exclude for-profit businesses from the protection of their RFRAs.

A person whose free exercise of religion has been restricted by a violation of the New Mexico Religious Freedom Restoration Act may assert that violation as a claim or defense in a judicial proceeding and obtain appropriate relief against a government agency:

The New Mexico Religious Freedom Restoration Act is designed to stop the government from infringing on religious values, which is very different than what Indiana’s law says, according to Simonson.

“One’s trying to restrict the power of government, the other is trying to empower private businesses to ignore longstanding laws that [protect against discrimination],” he said.

New Mexico has a connection to the creation of the Indiana law.

“We’ve got a longstanding law in our state that makes it illegal for businesses to discriminate based on sex or religion or race or national origin and that law’s entirely separate from our Religious Restoration Freedom Act,” Simonson said.

The appeal to the Supreme Court of the United States was denied.

A portion of the Indiana law seems to be written with the Elane Photography v. Willock decision, or similar circumstances, in mind.

So far, the most famous flare-up in this debate happened in New Mexico, when the owner of a photography studio refused to shoot a lesbian couple’s wedding, saying it would have violated her religious beliefs. New Mexico has a state RFRA law, yet the studio, Elane Photography, lost in every stage of its legal battle.

[Wayne State University law professor Christopher] Lund said that case is a sign that businesses will have a hard time actually winning nondiscrimination cases. But Indiana crafted its law to address the issue that thwarted Elane Photography; the number and scope of state religious-freedom laws are expanding at the same time, upping the odds of a division between states.