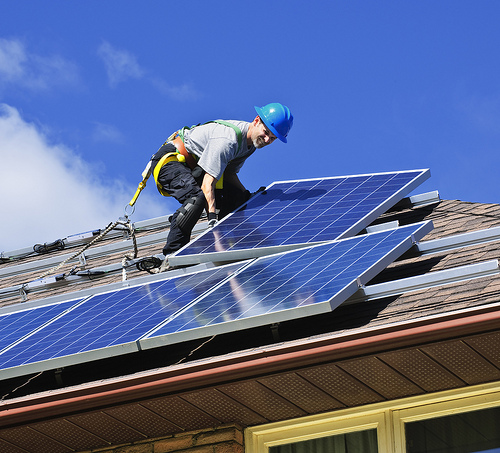 Attorney General Hector Balderas has weighed in on a controversial proposal by Public Service Company of New Mexico to impose a fee on those who install solar or wind power on their homes or small businesses.

Balderas wants the state Public Regulation Commission to study the impact of distributed generation before any decision is made on the program.

PNM wants a fee for those who connect to the electrical grid but also generate their own electricity through solar or wind power, which the company says would be basic fairness.

“New Mexico needs an accountable plan that guarantees energy security and affordable clean energy for all New Mexicans, and that’s why I am asking the Public Regulation Commission to initiate this investigation into New Mexico’s utility system,” Attorney General Balderas said in a statement earlier this week.

“New Mexicans deserve affordable clean energy in places like Mora and Hidalgo County, not just in Las Cruces and Santa Fe,” he continued. “I am committed to working with stakeholders, the PRC and PNM to ensure New Mexico gives solar and wind energy the credit it deserves.”

The solar industry has been very critical of the proposal by PNM to institute a fee of between $21 per and $36 per month depending on the size of the installation.

The Albuquerque Journal in December of 2014:

PNM’s effort to impose new fees is the latest in a broad push by utilities in many states to curb subsidies and incentives set up over the last eight years to help the solar industry get established. Utilities say the costs of going solar have dramatically declined, and it’s now time for solar businesses and customers to bear more of the burden that they say is currently being shouldered by traditional electric consumers to keep the price of solar down.

“It’s a fairness issue,” said PNM spokeswoman Susan Sponar. “The costs of solar are being picked up by other customers.”

A response from Balderas’ office in support of a joint motion to dismiss says that it would be too early to make this decision.

“More information is needed prior to the Commission, utilities and intervening parties taking any further action in regard to distributed generation,” the response states. “Until further information, specific to New Mexico, is developed it would be premature for the Commission to act on any specific DG proposal.”

This response is available below.