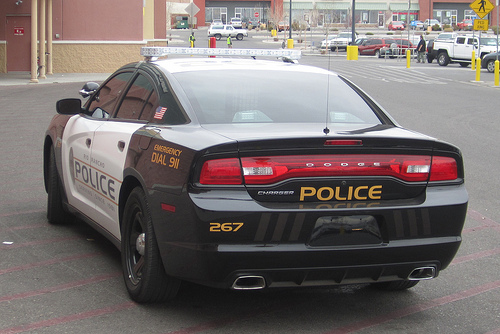 A Rio Rancho man who was collecting signatures to stop a proposed DWI seizure plan in the city abandoned the push for a simple reason: He said it was no longer necessary because of a law recently passed by the New Mexico Legislature and approved by Gov. Susana Martinez.

“It [HB 560] does exactly what we wanted done,” Hathorne said. “It pushes the decision for seizure and forfeiture into the hands of a judge. The innocent until proven guilty standard is upheld in HB 560.”

The American Civil Liberties Union of New Mexico, which helped spearhead the passage of the law, agrees with Hathorne.

However, the city of Rio Rancho disagrees and says that their law is different.

“Rio Rancho’s ordinance does not specifically apply the state Forfeiture Act and does not contain any language which triggers it,” the city said in a statement according to the Rio Rancho Observer. “Rio Rancho’s ordinance was enacted under municipal home-rule jurisdiction and employs its own due process in accordance with state and federal requirements.”

ACLU-NM Director of Public Policy Steven Robert Allen spoke to New Mexico Political Report about what the law’s passage would mean for cities with such DWI seizure programs.

Allen said that he sees the argument that the city of Rio Rancho is making but, “we believe our argument is much stronger.”

“They’re using state law, the DWI laws are in state statute,” Allen said. “We believe they should have to follow the requirements of state law.”

“We think that this is really quite clear what the point of this all is,” Allen said, referring to the recently-passed law.

While ACLU-NM finds it clear, the city of Albuquerque also indicated that it intends to continue seizing vehicles before a conviction for some charged with a DWI.

“We’re going to err on the side of caution and continue to enforce the (DWI seizure) program for public safety,” he said. “We anticipate there will be some litigation because there is some ambiguity in the law.”

The law now reads that one of the purposes of the state Forfeiture act is to “ensure that only criminal forfeiture is allowed in this state.”

This means that property can still be seized by city and state police, but only after a conviction. The law previously allowed for seizures after a civil hearing even before a conviction.