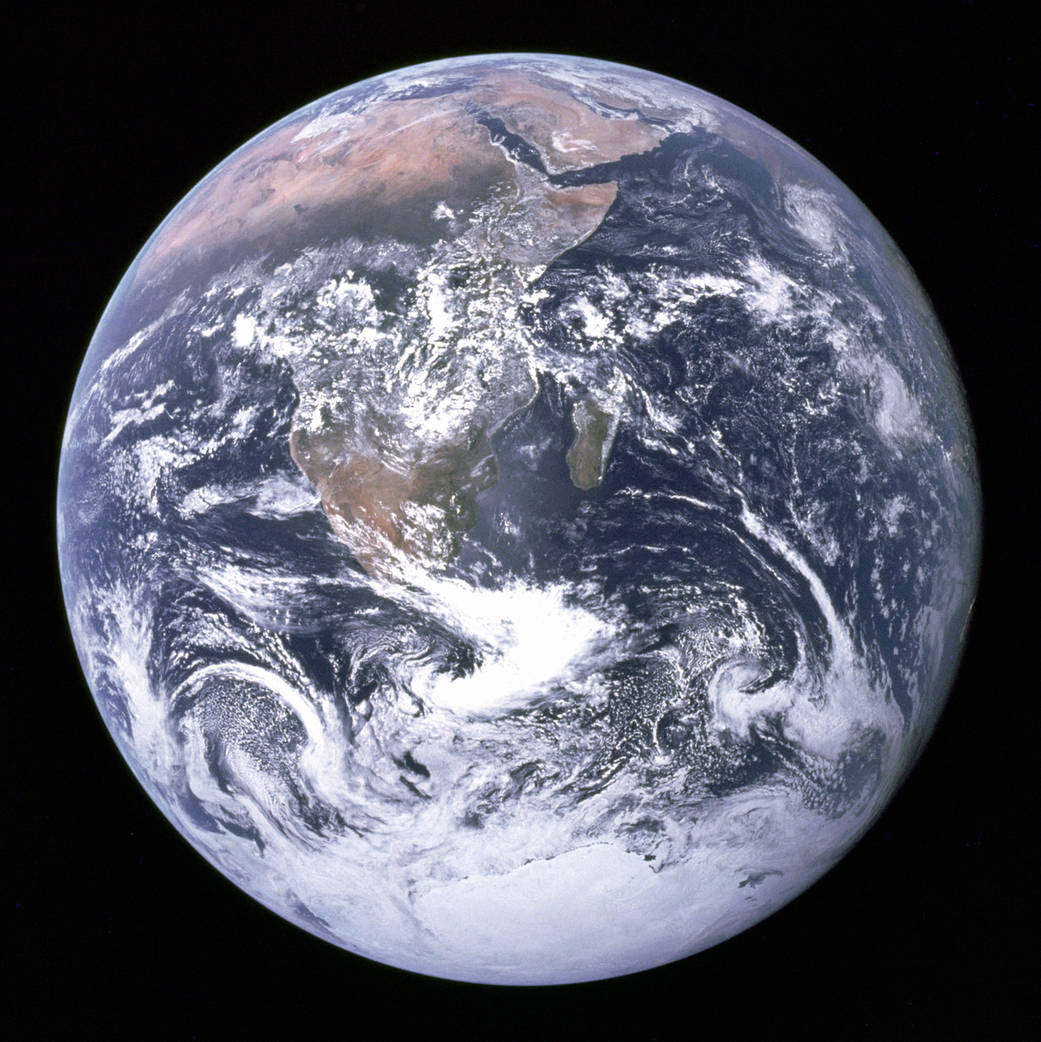 The Blue Marble. Photo taken by crew of Apollo 17. Photo by NASA

Senators Martin Heinrich and Tom Udall each sent out messages to their supporters, urging them to tell Republican members of the Senate to act on climate change.

The Blue Marble. Photo taken by crew of Apollo 17.
Photo by NASA

The emails came on the 45th anniversary of Earth Day.

“Democrats are battling climate change, working to build a greener economy and making investments in renewable energy resources,” Udall wrote. “All the while Republicans continue to bury their heads in the sand and deny climate change.”

“The fight for a clean environment continues as the ravages of climate change continue to manifest themselves every day,” Heinrich wrote.

Both are Democrats, part of the Senate minority.

Republicans, including Senate Majority Leader Mitch McConnell of Kentucky, have questioned whether climate change exists or if humans can cause changes to the climate.

It is part of a wider effort by Democrats to address climate change on Earth Day.

President Barack Obama gave an address on his climate agenda from the Florida Everglades on Wednesday.

The emails the two Senators sent included links to a petition that was set up by the Senate Democratic caucus.

Democrats Ben Ray Luján and Michelle Lujan Grisham, both Democratic members of the House, sent out statements on Earth Day.

“Since the first Earth Day in 1970, we have seen important progress – making our air and water cleaner, combating acid raid, and growing our use of renewable energy,” Luján said. “We must continue to build on these successes, and to address the pressing issue of climate change that is impacting communities across New Mexico.”

“During the past 45 years we have made significant progress to protect our planet, but there is still much more to do,” Lujan Grisham said. “I am committed to supporting legislation that ensures that New Mexicos vast natural resources are available to future generations, including my grandchildren.”

U.S. Rep. Steve Pearce, the lone Republican in the New Mexico delegation, took a different tact on Facebook, linking to a story from the conservative news site Newsmax criticizing the economic costs of addressing climate change.

Hold on to your wallet or purse. The hidden fees and charges of the war on climate change include lost jobs, lower wages, higher utility bills and transportation costs. #NM

The two U.S. Senators from New Mexico are well-known for their attention to environmental issues.

For Udall, it runs in the family. His father, Stuart Udall, was the Secretary of the Interior under Presidents John F. Kennedy and Lyndon B. Johnson. Stuart Udall was known for his expansion of the National Parks.

Heinrich was New Mexico’s Natural Resources Trustee before becoming a member of Congress.