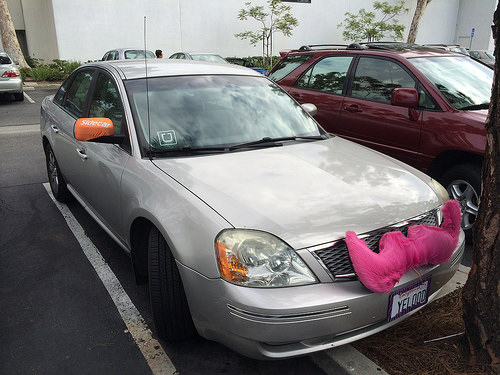 In a meeting on Wednesday, the state Public Regulation Commission voted to regulate ride-sharing companies like Lyft and Uber.

The PRC voted that the services can be regulated under the state Motor Carrier Act like taxi companies, towing companies and other commercial entitties. The regulations refer to the services as Transportation Network Companies, or TNCs.

However, the PRC did not say that ride-sharing services are the same as taxi companies and instead, created a new set of rules for the ride-sharing companies. The companies have spread throughout the country and currently operate in Albuquerque, Santa Fe and Las Cruces.

There were concerns that the regulations would give Lyft and Uber an unfair advantage over traditional taxi companies, something that one commissioner told New Mexico Political Report will happen with these regulations.

“We determined that indeed they are a motor carrier,” commissioner Valerie Espinoza said in a phone interview Wednesday afternoon. “So with that, they should abide by the same set of rules that apply to everyone.”

Espinoza voted against the regulations, saying that this did not happen and the new regulations were unfair to taxi companies.

“This set of rules that were crafted specifically for Lyft and Uber do not level the playing field,” Espinoza said.

The Albuquerque Journal spoke to Karen Montoya, the chairwoman of the PRC, who supported the new rules.

“This is a new and evolving business, and we need to evolve with it,” Commission Chairwoman Karen Montoya said. New Mexico regulators need to work with companies who want to come to the state and create jobs, she said.

Espinoza was the only commissioner to vote against the rules.

One thing Espinoza cited was the drug testing regulations. Cab drivers must pass drug tests before driving; according to regulations the PRC passed on Wednesday, Uber and Lyft drivers would only have to pass drug tests if they are involved in an accident.

Espinoza did agree with what she called “one small level of protection.” That would require the drivers to have their cars inspected by a licensed mechanic.

A bill in the state Legislature during this year’s legislative session sought to provide framework for PRC regulations of the ride-sharing services. That bill passed the House but did not get a vote in the Senate.

Rep. Monica Youngblood, R-Albuquerque, carried the legislation and spoke about the PRC vote when speaking to Albuquerque Business First, though she admitted that she had not seen what they voted on.

“I hope that we didn’t just say goodbye to Uber and Lyft and handcuff them to a point that they cannot operate in New Mexico,” Youngblood told the business paper. “I spent a lot of time bringing stakeholders together including taxis. Some industries don’t like competition.”

“I don’t blame the Legislature one bit,” Espinoza said, regarding the failure for the legislation to pass. “The reason the legislature didn’t decide is because they’re smart enough to see that the law is clear that we do have full authority over the motor carrier.”

Uber and Lyft have been operating in the state without regulation.