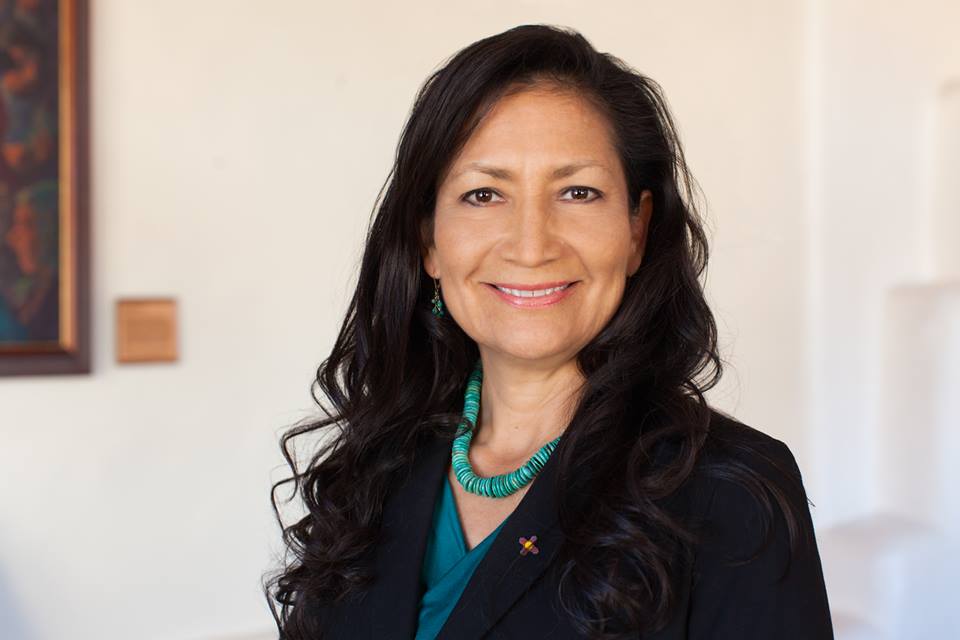 State Democrats elected Deborah Haaland as their new state party chairwoman on Saturday, making her the first American Indian to serve the post.

Haaland, a candidate for lieutenant governor with Gary King’s failed gubernatorial run last fall, was elected on a 214-168 vote during the state Democratic convention in Albuquerque. She defeated Richard Ellenberg, who served as chairman of the Santa Fe County Democratic Party until recently.

From the Santa Fe New Mexican:

“My main goal is to train volunteers so we’ll have a pool of volunteers when the national campaigns come here,” she said after the vote. “Usually they bring in people from out of state, and we love them, but I want to train our people, so there will be a pool of fully trained volunteers.”

She’ll take over the office from Albuquerque attorney Sam Bregman, who served as party chairman for the past two years. Bregman didn’t run for reelection after Democrats suffered a bruising 2014 election that saw them lose control of the state House of Representatives for the first time in more than 60 years.

Haaland is a member of Laguna Pueblo and chairwoman of Laguna Development Corporation.

She acknowledged there is no way for the party to compete with the unlimited sums that can be spent on campaigns by independent expenditure committees. But she said she is an effective fundraiser and “knows how to get volunteers together, and they’re better than money.”

New Mexico Political Report interviewed both Haaland and Ellenberg in a video last week leading up to the election.