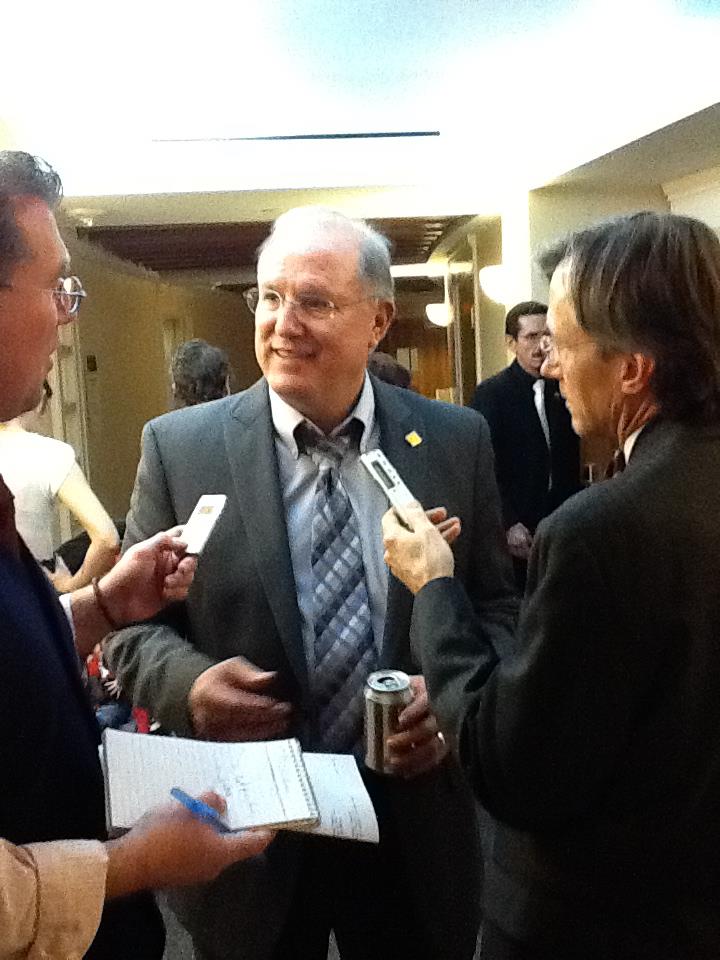 One of the great missed opportunities of the 2015 Legislative Session was the chance to finally enact a sensible compromise on how the State ought to treat the driver’s licenses of undocumented immigrants.  Governor Susana Martinez’s stubborn refusal to compromise on the issue again blocked any opportunity for a bipartisan, commonsense solution.

New Mexico has some 90,000 undocumented residents, many of whom work here, shop here, send their children to public schools here, and certainly drive vehicles to get these things done.

Republican and Democratic senators offered a compromise last month that ensured that law enforcement know who they are, that they have passed a driver’s test and an eye exam, and encourages them to have car insurance.  The bipartisan compromise legislation would have allowed undocumented immigrants to continue to get driver’s licenses under a two-tiered system, based on the successful Utah model. Senate Bill 653 (SB 653) flew through the Senate by a vote of 35-5 with the support of two of the most respected leaders from each political party.

After the bill’s Senate passage, its sponsor Republican Senate Minority Floor Leader Stuart Ingle (R-27- Chaves, Curry, De Baca, Lea & Roosevelt), who had previously sided with Gov. Martinez on the issue said, “We’ve got to go forward in some way to get this issue solved.”

The Governor’s response: she “absolutely” opposes the bill.  Her Republican allies in the House of Representatives refused to even consider the measure.  And so it died.

For the last five years Gov. Martinez has insisted on straight repeal of the driver’s licenses of undocumented immigrants.  Various attempts by the Legislature to offer compromises were flatly turned down.  One grew to suspect that the Governor found the position of inflexible intransigence on this point to be good politics, regardless of whether it made good policy.  And it certainly has not.

Since 2003, New Mexico has allowed foreign-born residents living in our state, documented or not, to obtain driver’s licenses.  That legislation was passed as a matter of practical reality and public safety: all drivers, including undocumented immigrants who are part of our communities, share the same roads and should have at least minimum driving skills.

There are simple public safety issues at stake.  If you do not have a driver’s license, you may not purchase auto insurance.  If an undocumented immigrant is involved in an accident, having insurance would reduce the incentive to leave the scene before authorities arrive.  Having driver’s licenses also encourage more cooperation between undocumented residents and law enforcement when they are investigating crimes, incidents of domestic violence, or seeking witnesses to criminal activity.  The compromise, SB 653, would have addressed all these issues satisfactorily.

Then there is the issue of the 100,000 children of undocumented immigrants living in New Mexico. What about them?  Most were born in the United States and are U.S. citizens.  If their parents were suddenly stripped of their driver’s licenses, who would take them to see a doctor when they are sick?  To a dental visit when they suffer with a tooth ache?  Who will pick them up after basketball or band practice?  These are uncomfortable questions.

If the Governor cares deeply about the safety and welfare of all children in New Mexico, as she frequently says, she would drop her push to take away driver’s licenses, and embrace the Senate’s bipartisan fix.

It puts our driver’s licenses in compliance with federal REAL ID requirements, protects public safety for everyone, and rejects discrimination against immigrant residents and their children.

Come on, Governor, you have preached often enough that we in the Legislature need to put aside unhelpful partisanship, and act in the best interests of the people more.  If the Senate’s recent elegant compromise on driver’s licenses doesn’t accomplish those worthy goals, I don’t know what does.