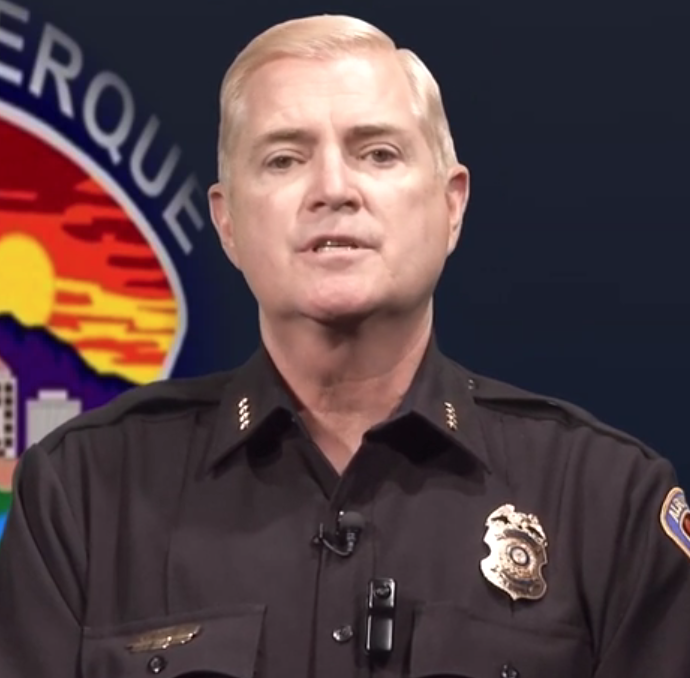 Last week, Mary Lynn Roper, president and general manager for KOAT-TV, spoke out against the Albuquerque Police Department for issuing statements through their YouTube channel. In the video, posted on KOAT’s website, Roper accused APD of hiding behind an “electric version of The Wizard of Oz curtain” and not releasing information.

The full video is available below.

According to Roper, KOAT-TV requested information about a fatal shooting at a skate park and only received a pre-recorded video as a response. She added that the station later asked APD about a case of alleged police misconduct and only received a YouTube video in response.

Roper’s video was posted to the station’s website and Facebook a week before another Albuquerque news station was scheduled to go before a judge in a case against the city regarding open records laws. Last October, KRQE-TV filed suit against the city of Albuquerque for numerous alleged violations of New Mexico’s open records laws. The original complaint listed 14 instances when the city was allegedly in violation of the law.

Bill Anderson, the general manager of KRQE told New Mexico Political Report his station’s suit against the city is not an attack on Mayor Richard Berry or Police Chief Gorden Eden, but instead an attempt to change practices that he called “un-American.”

“We are simply trying to dislodge information,” Anderson said.

He admitted that there are times when videos on YouTube are helpful to the public but that they should not to replace a face-to-face interview opportunity.

“We always play ball but they have to talk to us,” Anderson said.

According to Montano, city officials are using online tools to get information to constituents in a timely manner.

“It’s important for a mayor and our chief and others to connect directly with the constituency that they serve directly,” he said. “I understand that it may seem disruptive to a normal news media outlet, in the same vein that’s not the intention.”

Laura Paskus, a former president for the Rio Grande Chapter of the Society of Professional Journalists, agreed that social media is an important tool, but it could be overused.

“To sidestep reporters and to broadcast a one-sided message on some of the really critical issues facing Albuquerque sets a bad precedent—one that avoids that open dialogue that’s so critical to a democratic society,” Paskus said.

This author served on the SPJ Rio Grande board with Paskus and is the current president of the chapter.

Representatives from the Albuquerque Police Department could not be reached for comment after repeated attempts.