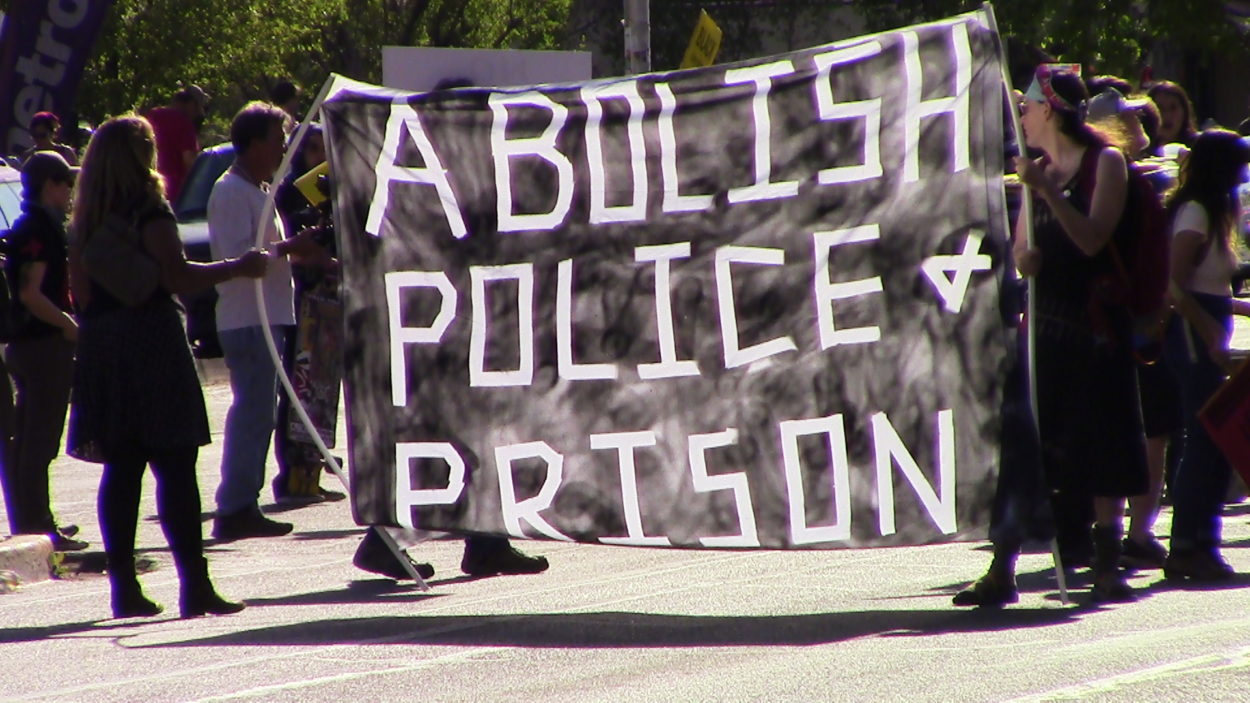 Demonstrators in solidarity with Baltimore after the death of Freddie Gray at the University of New Mexico Campus in Albuquerque on April 29, 2015. Photo by Andy Lyman

Wednesday afternoon about two hundred demonstrators gathered outside the University of New Mexico’s bookstore to show solidarity with people in Baltimore after the death of Freddie Gray in police custody.

After gathering for about 30 minutes, the group, with signs and drums, marched east on Central Avenue towards a Nob Hill police sub-station and back.

While police were on the scene, there were no apparent signs of discontent or violence.

Joel Gallegos, one of the demonstrators, told New Mexico Political Report that the amount there on short notice was a sign that Albuquerque residents have compassion with Baltimore residents.

In recent days, many in Baltimore have taken to the streets in demonstration after a 25-year-old black man died in police custody and a large group of teenagers clashed with police. Baltimore has instituted a curfew from 10:00 p.m. to 5:00 a.m.

The demonstration in Albuquerque lasted for about two hours before a majority of participants dispersed.

Other demonstrations took place across the country, including in New York City.