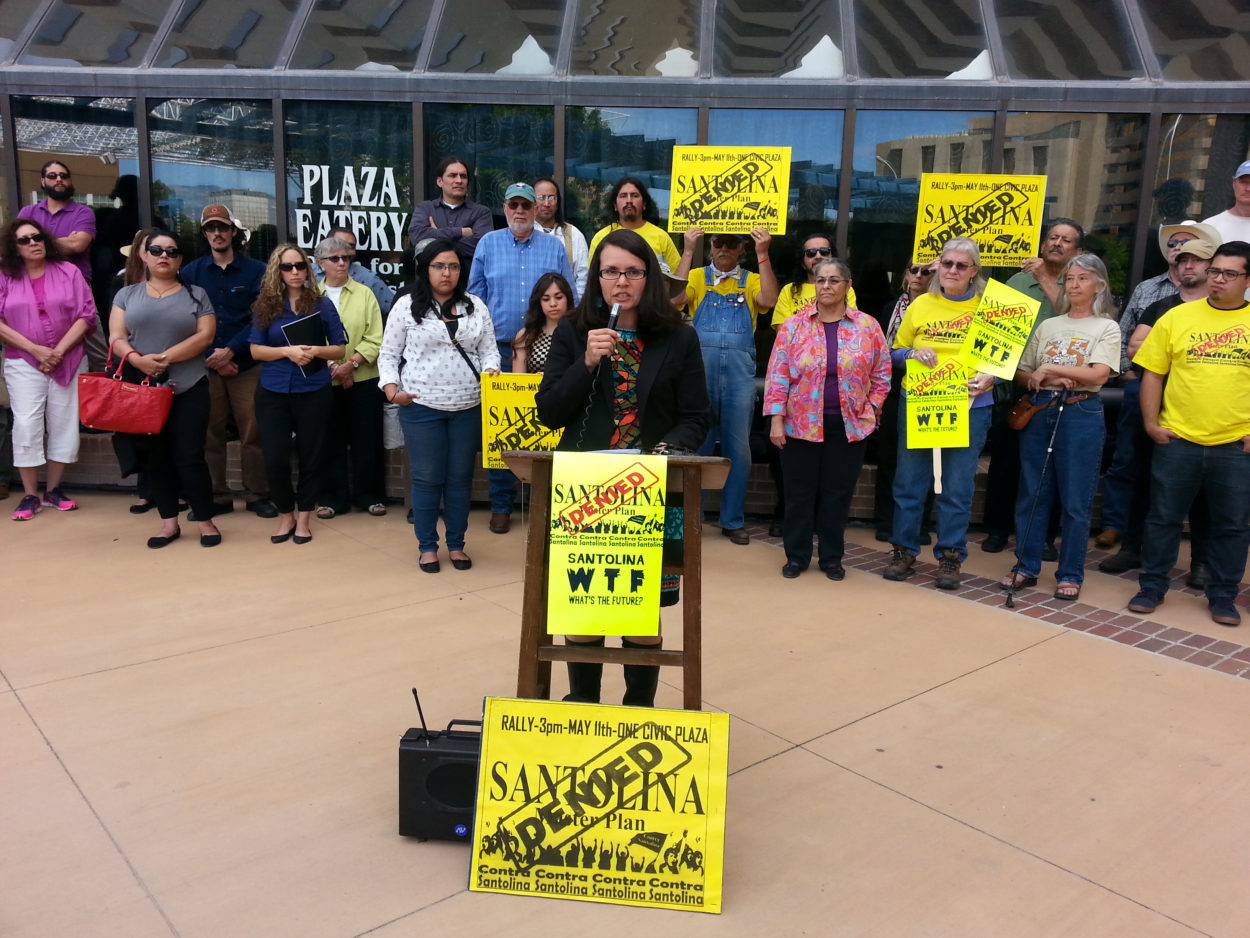 A Bernalillo County Commission special meeting on Monday didn’t result in a vote approving or rejecting the Santolina master plan, but commissioners said that a decision could come by the end of the month.

The delay for the final vote came right before the commission began considering four appeals to the project filed by groups opposed to Santolina as well as one appeal filed by John Salazar, an attorney for the Western Albuquerque Land Holdings, the organization behind Santolina. Salazar’s appeal sought to change county recommendations in how Santolina, a planned community which would be built on 22 square miles in Albuquerque’s west side, will get its water.

The Planning Commission recommended that the county set a limit on how much water Santolina could use when fully built out: about 4.7 billion gallons a year.

Salazar, however, said water-conservation requirements are more appropriately addressed by the city-county water authority, an independent agency that supplies water in the Albuquerque area.

Water is one of several contentious issues surrounding the controversy over the master plan. Another is Santolina’s massive scale—planned to be home to 90,000 people in the next 40 to 50 years, which would surpass current population levels for Santa Fe and nearly equal the population of Rio Rancho, respectively the fourth and third largest cities in New Mexico.

County commissioners tabled Salazar’s appeal and rejected another appeal filed on behalf of several advocacy groups that criticize the master plan as urban sprawl. Three more appeals got pushed back to the commission’s May 28 meeting, where a final vote on the master plan could finally take place.

Though it’s by far the biggest and most controversial proposal, Santolina is one of many planned developments west of the Rio Grande in central part of the state, as New Mexico Political Report previously reported.