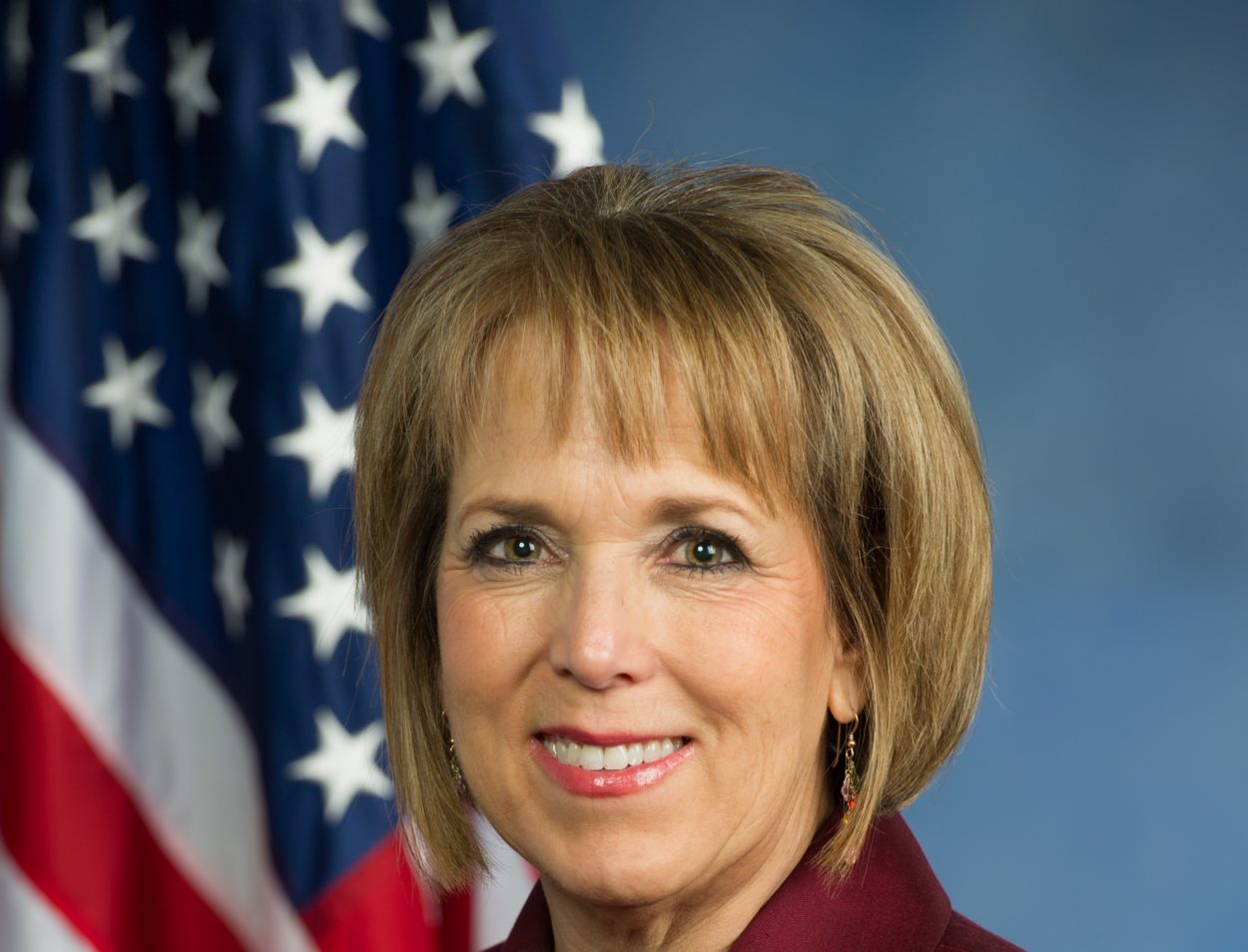 The Washington Post revealed that ten members of Congress participated in a secret trip that was secretly paid for by the state-owned oil company of Azerbaijan.

Among those members of Congress is U.S. Rep. Michelle Lujan Grisham, D-N.M. The Albuquerque Democrat’s participation in the trip was revealed as part of an ethics report obtained by the Washington Post.

A spokesman for Lujan Grisham said the trip was previously approved by the Ethics Committee.

In addition to traveling to the conference in Azerbaijan, Lujan Grisham also was one of the members who took “side trips to Turkey” according to the Washington Post.

The State Oil Company of the Azerbaijan Republic, or SOCAR, “allegedly funneled $750,000 through nonprofit corporations based in the United States to conceal the source of the funding for the conference in the former Soviet nation,” the paper said, citing a 70-page ethics report.

Three members of President Barack Obama’s team, former advisors Robert Gibbs, Jim Messina and David Plouffe, all spoke at the conference. This was reported at the time by multiple United States media outlets.

The lawmakers said that they did not know that SOCAR was the actual source of the funds for the trip. Or at least, those who participated in the investigation. Four of the members of Congress did not cooperate with the investigation, though Lujan Grisham did.

“The Congresswoman takes House Ethics rules seriously, which is why she sought and received written approval from the Ethics Committee before taking the trip,” Lujan Grisham spokesman Gilbert Gallegos told New Mexico Political Report in a statement. “The Office of Congressional Ethics concluded, as reported by the news media, that Rep. Lujan Grisham was led to believe the travel was sponsored by a non-profit organization, and not any other source. Rep. Lujan Grisham acted in good faith as she relied on the approval by House Ethics Committee.”

“Rep. Lujan Grisham has fully cooperated with the Office of Congressional Ethics, and is continuing to cooperate with the House Ethics Committee,” Gallegos said.

Several said they believed they did not need to disclose the gifts because their value did not exceed the $350 reporting threshold.Lujan Grisham told ethics investigators that she did not disclose the rugs because she did not think they were particularly valuable. She also thought that they were unattractive.

“It’s not a carpet I would have purchased,” the congresswoman said.

The conference took place during the first year Lujan Grisham was in office. She was not a member of Congress when legislation and executive actions related to a pipeline in Azerbaijan were made. These actions were referenced in the Washington Post story.

“Congresswoman Grisham’s [sic] actions demonstrate a clear lack of ethics. Refusing to disclose the gifts she received is a slap in the face to New Mexico’s taxpayers who deserve open and transparent government at all levels,” RPNM spokesman Pat Garrett said in a statement to the media.

Ties between Azerbaijan and New Mexico

It isn’t the first time that Azerbaijan and New Mexico have been linked.

New Mexico was cited as part of a “bizarre” public relations push by the country in a Buzzfeed News article from 2014 because of memorials passed by both chambers of the New Mexico Legislature.

New Mexico State Sen. Jerry Ortiz y Pino told BuzzFeed that he introduced a Khojaly memorial at the request of the Turkish community and the “honorary Azeri consul” in Albuquerque. He said he and a delegation of New Mexico legislators had visited Azerbaijan in 2012.

“Many New Mexico legislators (me among them) have traveled in the past five years to Turkey for meetings with Turkish legislators and to Azerbaijan for meetings with Azeri officials and legislators,” Ortiz y Pino said. “We have also hosted a delegation of Turkish elected officials during their visit to the U.S. a couple of years ago. The Azeri government is keen to repair its image in the U.S. press and has undertaken a strong initiative among state legislators to impress us with how supportive they are of the U.S. government and its people.”

In this year’s legislative session, the state House passed a memorial praising the religious tolerance of Azerbaijan, as did the state Senate.

Gov. Susana Martinez sent a letter to Ilham Aliyev, the president of Azerbaijan, in 2013 when we has elected, according to the official Azerbaijan website.

“The United States and Azerbaijan enjoy a strong partnership based on shared strategic interests, and it is my hope that our nations will continue to work together to prevent the spread of extremism and promote tolerance and prosperity globally,” Martinez wrote. “As an American, I greatly appreciate Azerbaijan`s many contributions to U.S. military operations in Afghanistan, Iraq and Kosovo.”

She also wrote a birthday message.

New Mexico Political Report reached out to a spokesman of Martinez to confirm these were letters she wrote, but did not receive a response.

And soon, according to a proclamation by Martinez, the state of New Mexico will celebrate Azerbaijan National Day on May 28.

Earlier this year, New Mexico State University signed an affiliation agreement with the Association of the Friends of Azerbaijan.

“The agreement between NMSU and AFAZ provides nearly full scholarships for six fortunate NMSU students with a focus on petroleum topics,” a post on the NMSU website says. From the post:

Sponsored by Exxon Mobil and other organizations, the summer school is an annual two-week certificate program held in July in Baku, Azerbaijan. It brings together world-renowned scholars, academicians and policy makers to examine and gain a better understanding of global energy and environment issues and their practical application.

Update: Added a quote from the Republican Party of New Mexico.