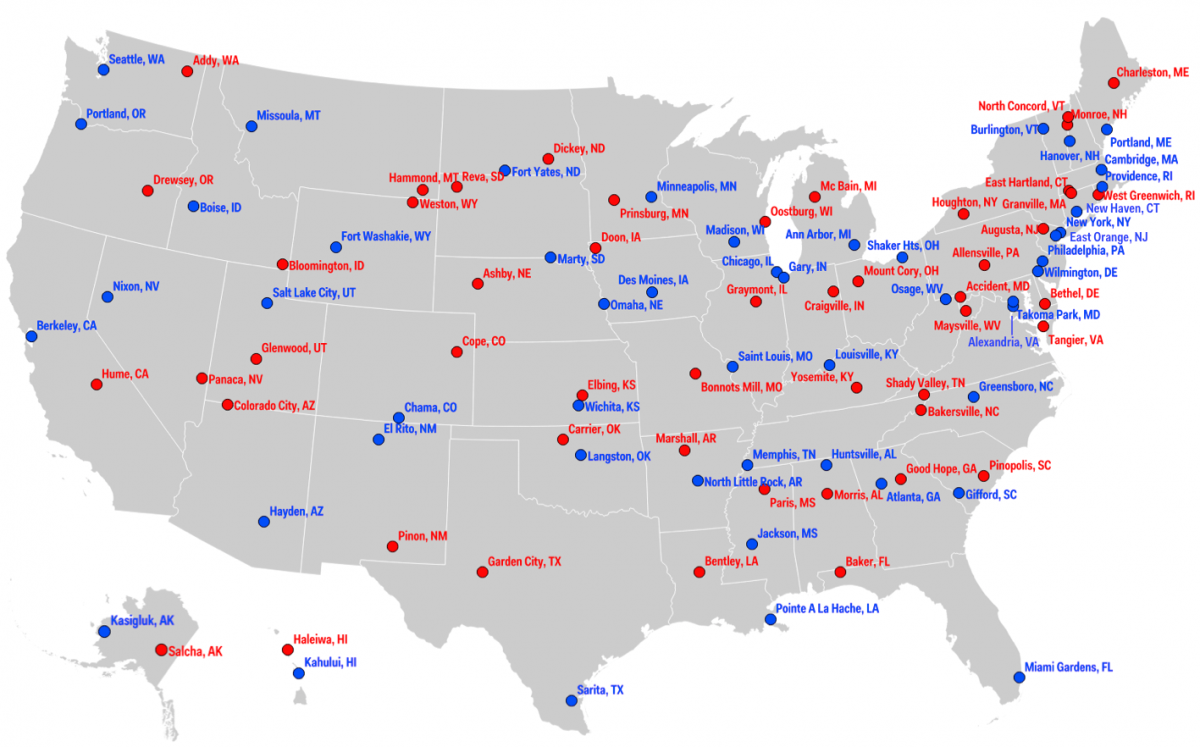 New Mexico is nothing if not politically diverse.  The most recent elections saw us send unapologetic liberal Tom Udall back to the US Senate at the same time we sent solidly conservative Susana Martinez back to the Roundhouse.

Weird things like that happen all over the country, and that prompted Business Insider to map out the most liberal and conservative towns in each state, based on data released  from Clarity Campaign Labs.

So who gets the prizes in New Mexico?  Take a look:

Here’s a look at each of those towns:

El Rito, NM
El Rito, is an unincorporated community in Rio Arriba County, about 18 miles Northwest of Española. It was one of the first Spanish settlements in Northern New Mexico and is known more for its historic church than progressive politics.  Still, liberal New Mexicans should feel at home in this community and along the banks of the Chama River not far from the highway that passes through.

Learn more about the history of El Rito, NM here.

Piñon, NM
If conservative politics are your thing, this data says Piñon, in southern Otero County, is your place in New Mexico.

Census data tracked just 71 residents there in 2010, so you might not have much company if you want to move to conservative-central NM.

How conservative or liberal is your New Mexico town?  Weigh in with us on Facebook.