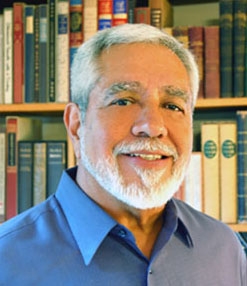 City Council President Rey Garduño announced in an email on Monday that he will not seek reelection.

Garduño would have been up for reelection on October 6. This means there is an open seat.

“Serving our district, and our city, is among the most challenging and rewarding experiences of my life,” Garduño wrote. “In my years on the council we’ve helped Albuquerque weather the storm of the recession without losing the character of unique neighborhoods like Nob Hill and the International District that thrive on small business growth. We have brought more transparency to city government and challenged the administration and the police to remain accountable to the people we all serve. It has been my honor to bring a progressive vision and a community-centered approach to elected office for the past eight years.”

Garduño’s seat is one of four that are up for election this year. Garduño represents District 6, which incldes the Southeast Heights, the university area and Nob Hill.

He has served as a city council since being elected in 2007; the seat was previously held by Martin Heinrich, who left to run for Congress and is now a U.S. Senator.

Davis later sent an email out to potential supporters asking for their help.

While ProgressNow NM has helped find funding for New Mexico Political Report, Davis has had no editorial control over what stories are chosen or how stories are written. Davis will continue to not have any input on editorial decisions in the future. New Mexico Political Report will report on city council elections in Albuquerque through October and will have a disclaimer on each story that mentions Davis.