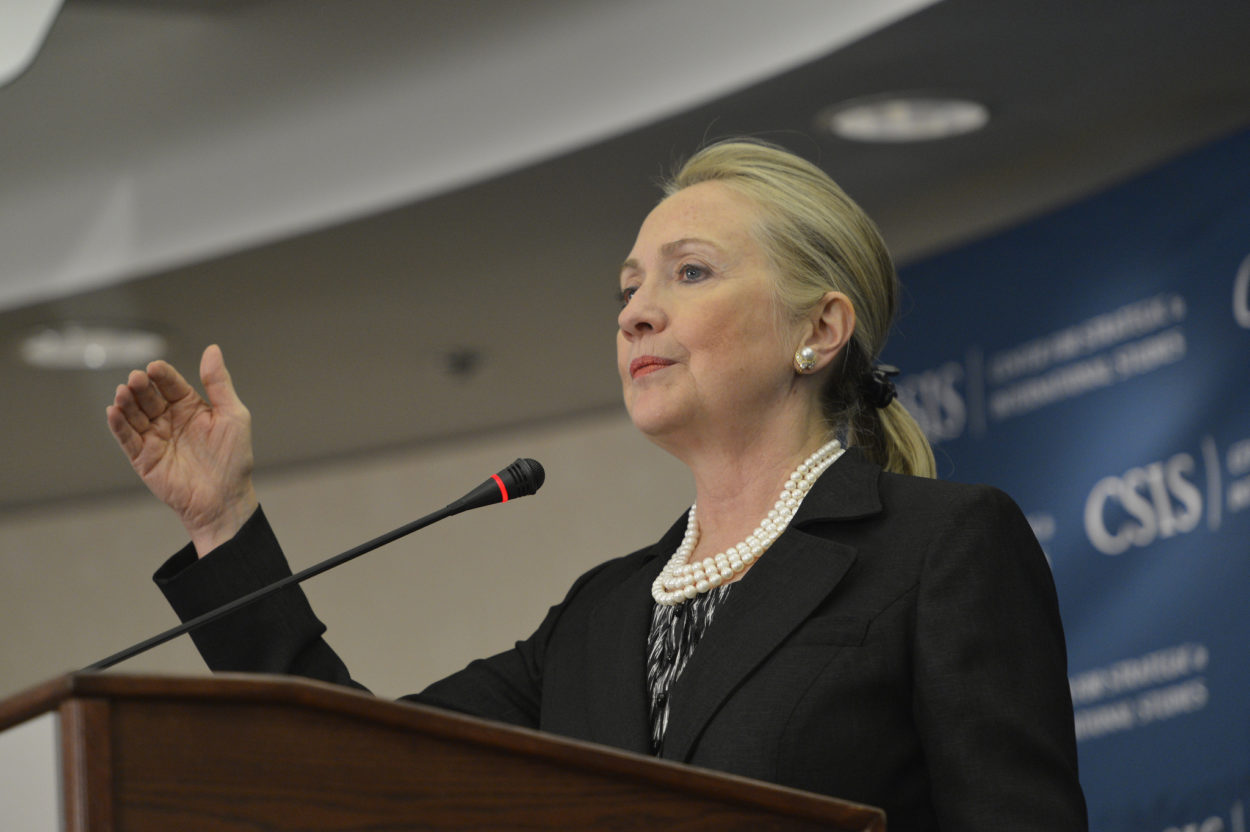 Hillary Clinton at CSIS speech in 2012. Photo by csis_er cc

Democratic presidential candidate Hillary Clinton will be in Albuquerque next month for a campaign event.

According to a tweet by former Albuquerque mayor Martin Chavez, the former Secretary of State and U.S. Senator will appear at a fundraising breakfast on June 3. The fundraiser will take place at the house of Ed Romero, a former U.S. Ambassador to Spain.

A photo of the invite is included at the bottom of the post.

Chavez is a long time Clinton supporter and he was a senior adviser to the Ready for Hillary PAC that ran until Clinton officially announced she would run for President last month.

Attending the breakfast is not cheap. Attendees will owe $2,700 for admission. Becoming an event co-host will set donors back $27,000 while hosts will owe $50,000. The hosts and co-hosts will meet with Clinton in a host reception.

New Mexico is not an important early state for the Democratic nomination, which Clinton is the odds-on favorite to easily win, and it went handily to President Barack Obama in both 2008 and 2012. However, the state was as wing state in 2000 and 2004 and was actually the closest state in raw votes in 2000—even closer than Florida.

In 2008, when Clinton last ran for president, she narrowly defeated Barack Obama in New Mexico, 49 percent to 47.86 percent. By the time New Mexico had come around, the two were the final Democratic candidates still in the race.

Clinton has attracted the support of several high profile Democrats in the state including both U.S. Senators and one of the state’s three U.S. Representatives.

The final Ready for Hillary event was held in Albuquerque in April. That weekend, Clinton officially announced that she would run.

New Mexico’s most prominent Democrat will likely not be at the fundraiser. Bill Richardson served in President Bill Clinton’s cabinet but when he endorsed Obama over Hillary Clinton in 2008, it created a rift between Richardson and the Clintons. Richardson endorsed Obama after it was clear that Obama would win the nomination. Richardson had dropped out of the race for the Democratic nomination months earlier.

An invite a fundraiser for the presidential campaign of Hillary Clinton.