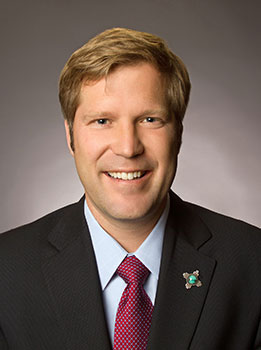 The Republican Party of New Mexico says that the office of the State Auditor is not complying with the state’s Inspection of Public Records Act.

In a press release sent to media on Wednesday afternoon, the party says it received no response from an IPRA request sent to State Auditor Tim Keller’s office on May 4. Because of this, the party sent a complaint to Attorney General Hector Balderas.

Update: The office of the State Auditor has responded to the request in a document dated May 20. The response calls the request “excessively burdensome” and that the office “will need additional time to respond to your requests but we will do so as soon as is reasonably practicable.”

The story continues as originally written below, with the addition of the response from the records custodian for the State Auditor’s office.

The office of the Attorney General is in charge of enforcing the law.

“Tim Keller has been chasing television cameras all over the state to proclaim his support of transparency, while simultaneously and hypocritically breaking the state’s public records law,” Republican Party of New Mexico spokesman Pat Garrett said in a statement. The open records request came from Garrett.

A spokeswoman for Keller’s office told New Mexico Political Report that it is was political.

“This is clearly a partisan and politically-motivated gimmick,” Justine Freeman said in an email. “However, we have nonetheless been working diligently to respond to this intentionally burdensome and overly broad request.”

IPRA allows anyone to ask for public records from public entities, with some exceptions. An agency must cite  IPRA is considered a fairly powerful open government law, one that can be used by anyone, be they journalists, citizens or political operatives.

In this case, the Republican Party of New Mexico sought all emails to Keller, including attachments, from January 1 to May 4, all expense reports from Keller and expense payments from Keller and all cell phone records for Keller.

State agencies have fifteen days to respond to IPRA requests. On Wednesday, the Republican Party of New Mexico sent a letter to the Attorney General asking for action.

The letter says that the party did not receive an acknowledgement after three business days of the IPRA request, as is also required by state law.

“I can confirm that we received the complaint and it has been referred to the Open Government Division for review,” James Hallinan, a spokesman for Balderas, said in an email to New Mexico Political Report.

The letter was sent by Republican Party of New Mexico chair Deborah Maestas.

Keller is a Democrat, one that many believe may run for higher office at some point. Republicans have been highly critical of Keller since he was elected State Auditor. Previously, Keller was the state Senate Majority Whip.

Correction: This story previously referred to Keller as State Treasurer in one instance. This has been corrected. We regret the error.