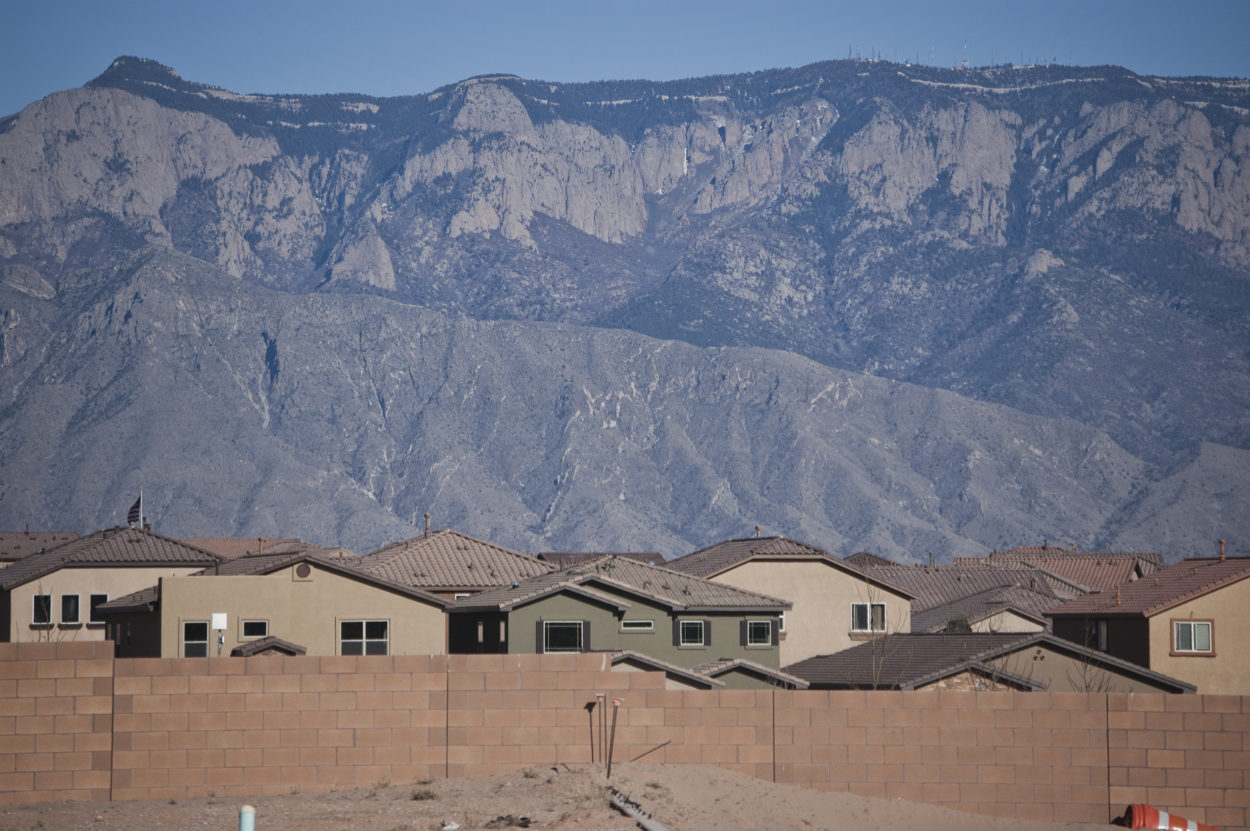 Much has been made of America’s crumbling infrastructure.  Rusting bridges and crumbling highways are only a part of our neglect.  A much bigger part, and one that many of us don’t see is the neglect of inner-city communities, distressed schools and long forgotten playgrounds.

The recent protests in Baltimore, much like Albuquerque’s protests last year, may have been triggered by unjust police violence, but are much more deeply rooted in decades of neglecting our families and communities, especially communities of color.

When Governor Martinez was asked recently about the possibility of a special session to approve the financing of infrastructure projects, she said, “if it is, it’s got to benefit the private sector.”  She made no mention of the needs of our families or communities, only the ‘private sector’.  That was the reason that the bill didn’t pass in the first place!  Lawmakers invested their capital outlay for projects like senior centers, tribal needs, and community colleges, much of what she stripped from the bill.

The tax committees met nearly every day of the legislative session and every day they heard bills that would divert even more of our public tax dollars to the ‘private sector’. Nearly a dozen of those tax breaks made it into the final tax packages. That means less money for communities and families and more money for corporate/special interests.  At the same time, you’d have to sit at the legislature for days before you’d hear a serious debate about child well-being, struggling families, blighted neighborhoods or environmental justice.

Historical policies such as red-lining were used to deliberately cut investments in lower income communities.  When that was outlawed, the private sector created new strategies like payday lending, car title loans, rent-to-own, tax refund loans and numerous other schemes to inflict economic violence onto those less fortunate.  Another more sophisticated scheme is used to divert tax revenue away from the inner city and into new developments which they owned. Tax breaks are simple enough, but one newer strategy, TIDDs or Tax Increment Development Districts, can be especially problematic. One current example is Santolina, the proposed new development on Albuquerque’s west side. While New Mexico loses population, Santolina’s developers want to build tens of thousands of new homes and want some/most of the area’s tax dollars to pay for it.

We’re neglecting our inner cities (existing infrastructure needs) in favor of new developments like Santolina and Mesa Del Sol. Many of our neighborhoods, schools and communities are crumbling, unsafe, and unhealthy.  Our children have dropped to the bottom in child well-being and we have no plan, no strategy to change that. In fact, we’ve cut our investments in K-12 and higher education dramatically in the last few years and this year the legislature cut child care by $1 million in spite of their (supposed) commitment to keep growing early childhood programs.  As mentioned in Monday’s Albuquerque Journal, Mayor Richard Berry is ‘proposing to spend $1 million to market Albuquerque across the country as a destination for entrepreneurs and others looking to start a business’. He said, “We want to change the trajectory of our local economy by having a robust private sector.” It seems we’re willing to invest whatever it takes in failed strategies to entice ‘the private sector’ (corporate America) to come here while divesting in our own children, families and communities.

Neglecting the real needs of our communities and families in favor of corporate interests is perhaps why people are taking to the streets.  They want their streets back!  They want their communities back!  They want to live in healthy, safe and clean communities. We all want good schools, safe spaces for children to play, and vibrant neighborhoods in place of empty lots. So PLACE does MATTER (www.bcplacematters.com) for the health and well-being of our children and families, and yes, Mayor Richard Berry, I agree with you when you say, “We’re worth investing in.”