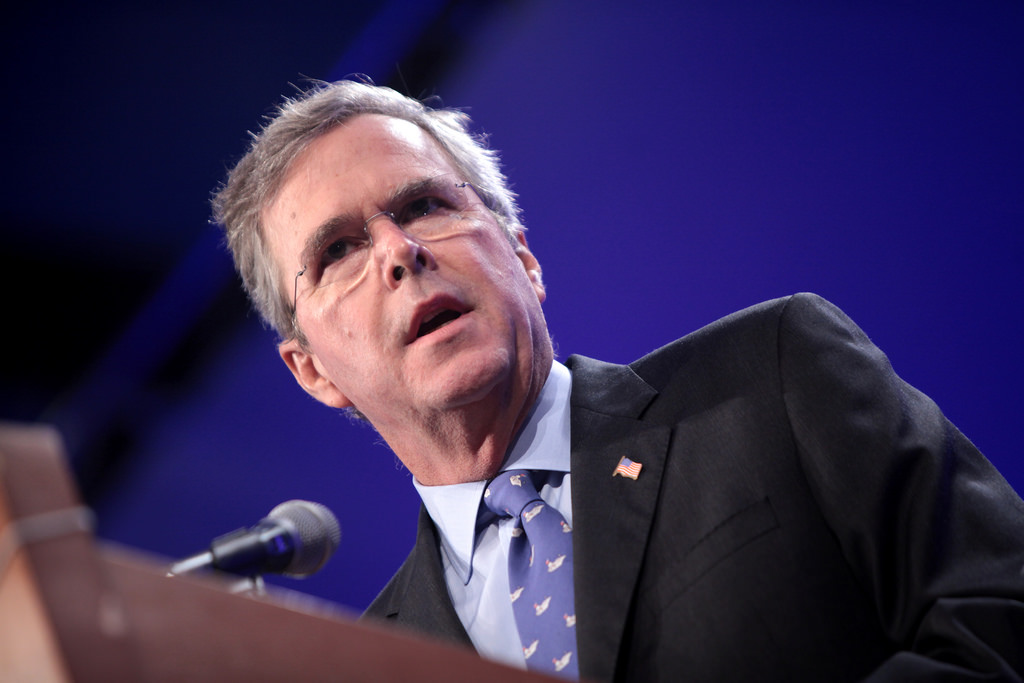 A campaign strategist that worked on both successful Susana Martinez gubernatorial campaigns will head a Republican presidential campaign.

The Wall Street Journal first reported on the shakeup that has Danny Diaz as the campaign manager for Jeb Bush.

The change took place even before the former Florida governor officially launches his presidential campaign. Bush is expected to join the crowded field seeking the Republican nomination soon.

This isn’t the first or only connection between Bush and Martinez. In 2014, Bush headlined a fundraiser for Martinez’s reelection campaign.

But the ties go even deeper between Martinez’s world and Bush’s world. Public Education Department Secretary Hanna Skandera was a high ranking official in Bush’s administration when he was governor of Florida.

She moved from a role as deputy commissioner of education to being nominated by Martinez to head up the New Mexico Public Education Department. Teachers and teachers unions have vigorously opposed Skandera. The opposition to Skandera’s nomination was fierce enough to hold up her confirmation until this year—more than four years after she was first nominated—on a narrow 22-19 vote.

Diaz is a founding partner of FP1 Strategies. In addition to working as an adviser to Martinez’s gubernatorial campaigns, he also was a senior adviser on the Mitt Romney presidential campaign and the Mark Kirk U.S. Senate campaign in 2010.

Fox News welcomed Diaz to the national stage by referring to him as a “Beltway insider.”

It is my honor to have the opportunity to work for @JebBush.

Bush has already essentially been campaigning, with appearances in key early states and a substantial fundraising effort.

So far, ten Republicans with national profiles have announced that they are running for president. Another four or five, including Bush, will likely put their hat in the ring making for an unpredictable primary battle.

Diaz’s selection is considered a surprise move by national pundits and reporters.

The Washington D.C.-based political website Politico cited sources in the campaign saying that it had the marks of key Bush adviser Sally Bradshaw.

It was Bradshaw who ultimately made the call to install a relatively young political operative, Danny Diaz, as campaign manager, instead of the more seasoned David Kochel, who was widely expected to get the job.

“The leading cause of professional death in the Jeb Bush entourage is Sally’s inability to control you,” said a political operative who has worked with Bradshaw in the past. “But she is fiercely loyal to Jeb, the point of the spear, no nonsense.”

In fact, it was Bradshaw who sent out the statement to a number of media outlets announcing the change.

“David can best position us for success by playing a key leadership role focusing on how Jeb wins primaries, caucuses, and ultimately the general election and Danny’s skill at rapidly moving content and campaign organization makes him perfectly suited for running the day-to-day operations,” read the statement that first appeared in reporting by the Wall Street Journal.

Diaz had joined the Bush team earlier this year when he worked on Bush’s Right To Rise Leadership PAC.

Bradshaw made that announcement as well.

Jay McCleskey, Martinez’s top political adviser, told the Albuquerque Journal that Martinez is keeping the powder dry and not making an endorsement. In 2012, Martinez waited until after the New Mexico primaries to endorse Romney, well after Romney had sewn up the nomination.

Correction: This piece initially said that Hanna Skandera moved directly from working in Jeb Bush’s administration to being nominated for the Secretary of Public Education position; she was the CEO of Laying the Foundation before being nominated by Susana Martinez. We regret the error.