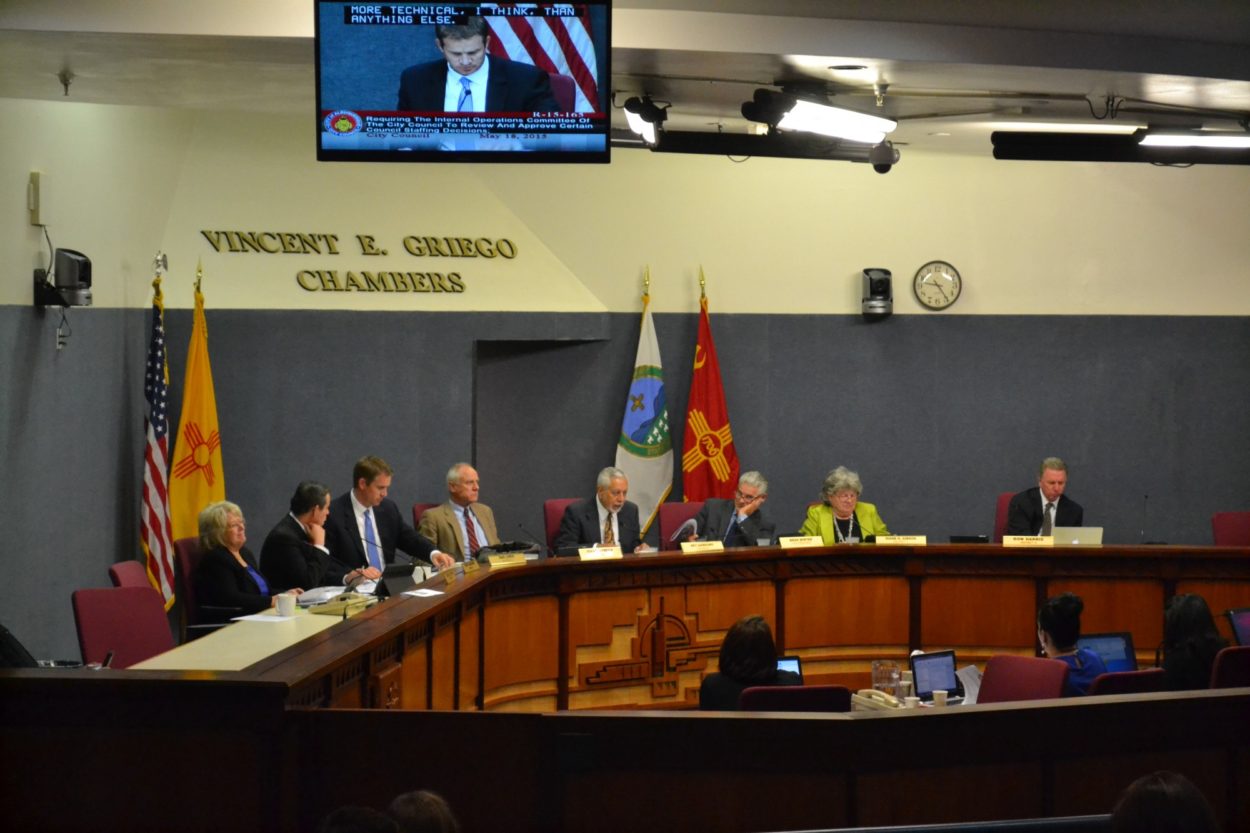 An Albuquerque city councilor plans on making a second attempt at getting city government to weigh in on a controversial planned development currently awaiting approval from the Bernalillo County Commission.

Earlier this month, a majority of city councilors, led by Trudy Jones, rejected Councilor Isaac Benton’s introduction of a measure that would have given the city authority to approve the Santolina master plan.

“Over my objections, a majority of the City Council voted in an unprecedented move to remove the bill from the Letter of Introduction,” Benton wrote in a note to constituents last week.

That move, according to both Benton and Albuquerque City Attorney Jessica Hernandez, actually wasn’t legal under city guidelines.

In a June 5 memo to Benton, Hernandez quoted from the city’s Council Rules of Procedure that state that “bills may be introduced by any Councilor at any regular meeting of the City Council.” She went on to write that the rules “do not provide for a removal of a bill from the Letter of Introduction over the objection of a sponsoring Councilor.”

“It is my understanding that bills have been removed from the Letter of Introduction in the past,” Hernandez wrote. “However, I understand that those bills were removed with the sponsor’s agreement and not over the sponsor’s objection. Such a removal would be consistent with the Rules because the sponsor would no longer be seeking to introduce the bill.”

“The proper thing for the Council to do would be to agree to debate the bill on Monday night,” Benton wrote constituents. “Otherwise, it places itself on a very slippery slope by setting a new precedent allowing a majority to quash any legislation that it does not like, without any debate or hearing.”

The Santolina development would be built on 22 square miles of land encompassing both the city of Albuquerque and Bernalillo County west of the Rio Grande. The planned community would house up to 90,000 people in the next 40-50 years.

Opponents dismiss the planned community as just another addition to urban sprawl, while proponents say it will help economic development in the Albuquerque area.

Developers are seeking zoning approval from the county to let the master plan go forward.

Debate over whether city should get say in Santolina approval