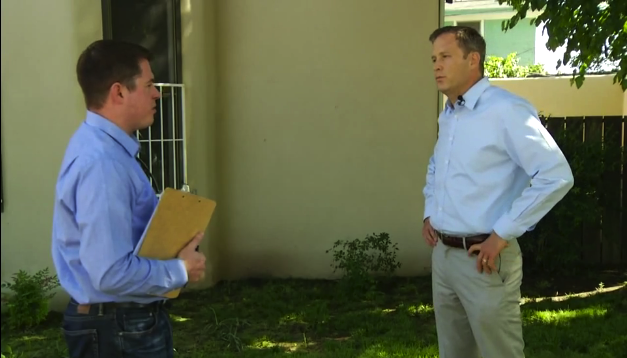 Screenshot from a 5/19/15 story on KOB-TV with Nate Gentry.
Original story here.

The South Carolina consulting firm is identified in a report filed Tuesday with the Federal Election Commission by the party, which notes a payment of $2,213.83 for “Mailer/May Gentry Letter.”

Starboard may be from the East Coast, but the firm isn’t new to New Mexico politics. Allen Weh paid the company more than $1.5 million for media buys and other services in his failed 2014 effort to unseat Democratic U.S. Sen. Tom Udall, according to Open Secrets.

The company’s second-largest 2014 employer was West Main Street Values, a super PAC that set out to support South Carolina Sen. Lindsey Graham in a primary race.

In late October, that super PAC spent $137,500 to advertise against Udall in the final days before the election. A different company produced the anti-Udall ads.

A screenshot from the recent New Mexico GOP filing with the FEC. From New Mexico In Depth.

But in October, Steven Maestas, of Maestas & Ward Commercial Real Estate in Albuquerque, donated $50,000 to the super PAC, while Yates Petroleum of Artesia gave $10,000. Yates also gave the PAC $10,000 in July. The PAC refunded $7,500 to Maestas in late December.

“We use and consider a variety of vendors and Starboard Communications is one of them,” Garrett wrote.

A call to Starboard’s principal, Walter Whetsell, has not been returned. The company’swebsite isn’t functioning.