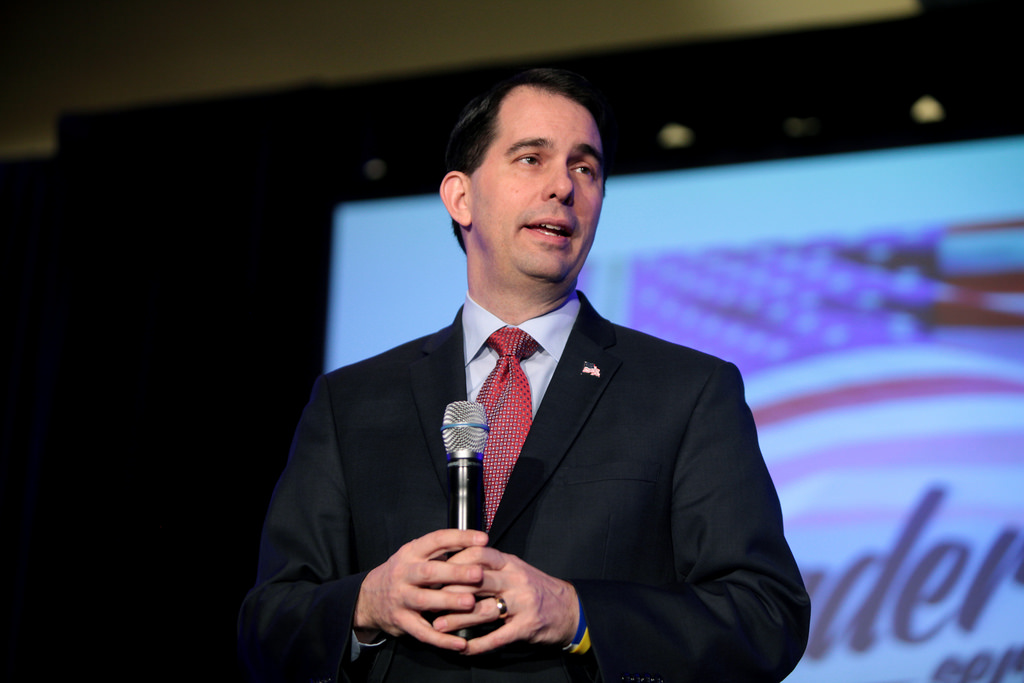 The Wisconsin governor who gained a national profile through a fight with unions in Wisconsin, and a consequent recall election which his governorship survived, has been traveling around the country shoring up support for a likely presidential run.

And while he travels, he mentions a few Republican governors. One is New Mexico governor Susana Martinez, the first Latina governor in the United States.

While in Atlanta, when speaking to the Atlanta Journal-Constitution:

“I think that argument’s even truer now,” he said. “Almost all of the battleground states are led by Republican governors. … What our argument should be, when going into those states, is: Remember how things were messed up? You not only elected Rick Snyder (in Michigan), Rick Scott (Florida), Susana Martinez (New Mexico), but you re-elected them because they made things better.

“Imagine how much better if we could elect a reform-minded Republican like that to be president.”

And when speaking to a talk radio host in Boston, he spoke about women he thinks could one day be president.

“The time has long since come and passed that we should have elected a woman president. I just don’t think it should be Hillary Clinton,” Walker said in the phone interview from Madison, Wisc. “I think there are many other good candidates in the future that would fit that bill.”

The remarks are a little self-serving; it sets him apart from much of the large Republican presidential field as a sitting governor as opposed to U.S. Senators, business people or former governors.

Martinez was considered as a dark horse candidate to be Mitt Romney’s running mate in 2012; her name is again being thrown out as a possible vice presidential candidate for whoever emerges from the Republican race as the nominee.

Martinez has repeatedly said that she has no intentions of running for national office, and cites her role in taking care of her sister—who is developmentally disabled—as one reason why.

But, as Walker’s name-checking of Martinez shows, Martinez still has an increasingly a national profile among Republicans. Her speech at the 2012 Republican National Convention was well-received. She has a close political relationship with New Jersey governor Chris Christie, who is likely to announce a presidential run, and former Florida governor Jeb Bush, who has already announced his presidential candidacy.

Walker is reportedly targeting July 13 to join the presidential campaign. After former Florida governor Jeb Bush and real estate mogul Donald Trump announced their candidacies earlier this week, there are 12 Republicans with national profiles running for President. Several others, in addition to Walker, are considered likely to run.

There are four Democrats currently running for President.

Note: An early version of this story originally was posted before it was ready to be posted. We regret the mistake.