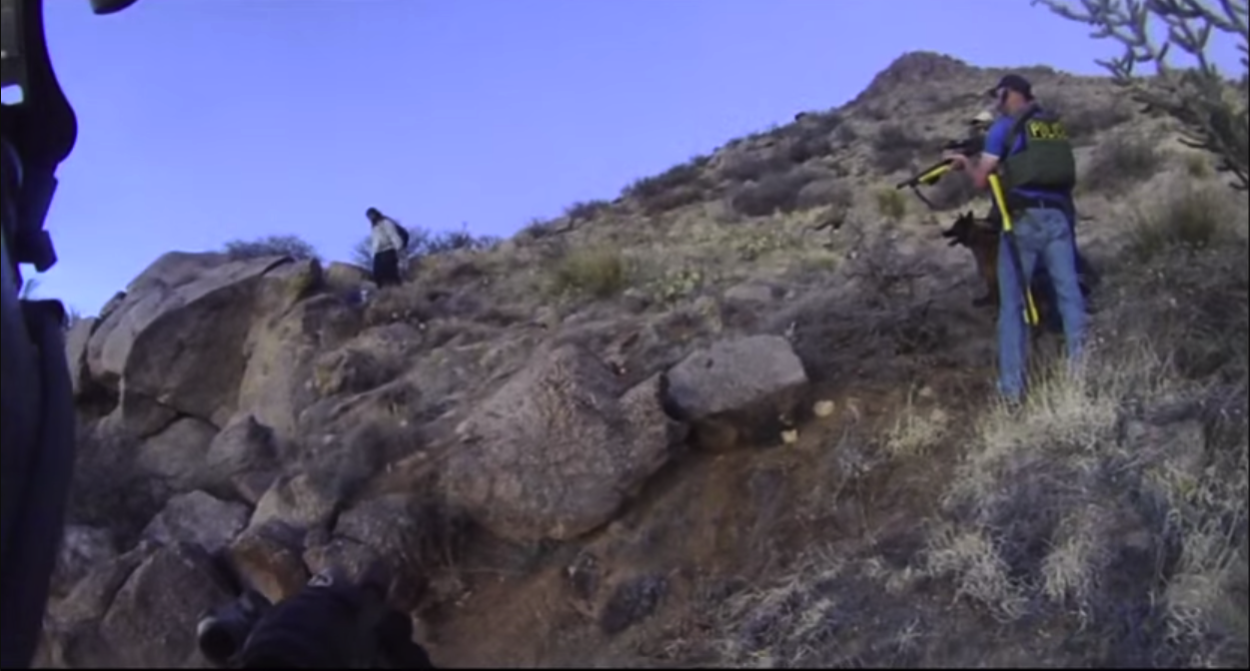 The special prosecutor, Randi McGinn, filed the charges on Monday.

The charges allege that Sandy and Perez “did kill James Boyd without lawful justification or excuse and without acting upon sufficient provocation while knowing that his acts created a strong probability of death or great bodily harm to James Boyd.”

The shooting happened last year after Boyd was illegally camping in the foothills of the Sandia Mountains. After a stand-off that lasted hours, Boyd was shot by Perez and Sandy. Boyd died the next day at University of New Mexico hospital. Video of the shooting went viral and there were calls for Sandy and Perez to be charged with murder.

In January, 2nd Judicial District Attorney Kari Brandenberg announced open counts of murder against the two officers. These were the first charges for any APD officers involved in an on-the-job shooting.

An “open count” of murder in New Mexico means that the prosecutor is leaving all options open: She is charging each level, and each alternative theory of murder at each level, in the alternative at the same time. Technically an “open count” charges New Mexico’s highest degree of murder, first degree murder, in each of its alternatives, together with all of the lesser included offenses of each alternative theory of murder.Since prosecutors are in theory supposed to charge only the highest degree of crime that the facts support, charging an “open count” is supposed to mean that the prosecutor has concluded there is evidence to support, if they jury found it credible, a conviction for first-degree murder. First-degree murder carries a mandatory life sentence, eligible for application for parole after 30 years. (We no longer charge the death penalty in New Mexico, and our capital aggravating circumstances do not appear to apply to the Boyd shooting, but in theory an “open count” would permit any aggravating circumstances to be charged later. The penalty for such a capital charge is life with no possibility of parole.)

“If the evidence shows you intentionally killed, but failed to form a deliberate and premeditated intent to kill, you are guilty of second degree intentional murder,” Rabern wrote later.

McGinn replaced Brandenberg because of a perceived conflict of interest in the case. McGinn has experienced cases involving APD before. The attorney represented the family of Christopher Torres in an officer-involved shooting case. That ended up with a $6 million settlement.

Brandenberg has been at odds with APD since news of the potential charges first were publicized. APD even investigated Brandenberg for bribery and intimidation, though the state Attorney General declined to file charges because of a lack of evidence.

There have been dozens of shootings involving APD, some fatal, in recent years.

The Boyd shooting was the most high profile incident by Albuquerque Police Department in recent years. The Department of Justice investigated APD and found “a pattern or practice of excessive force that violates the Constitution and federal law.” The City of Albuquerque now has a monitor from the DOJ and other reforms are being put into place.

The Boyd shooting happened just weeks before the DOJ report.

U.S. Rep. Michelle Lujan Grisham, a Democrat, has called for special prosecutors for all police shootings.