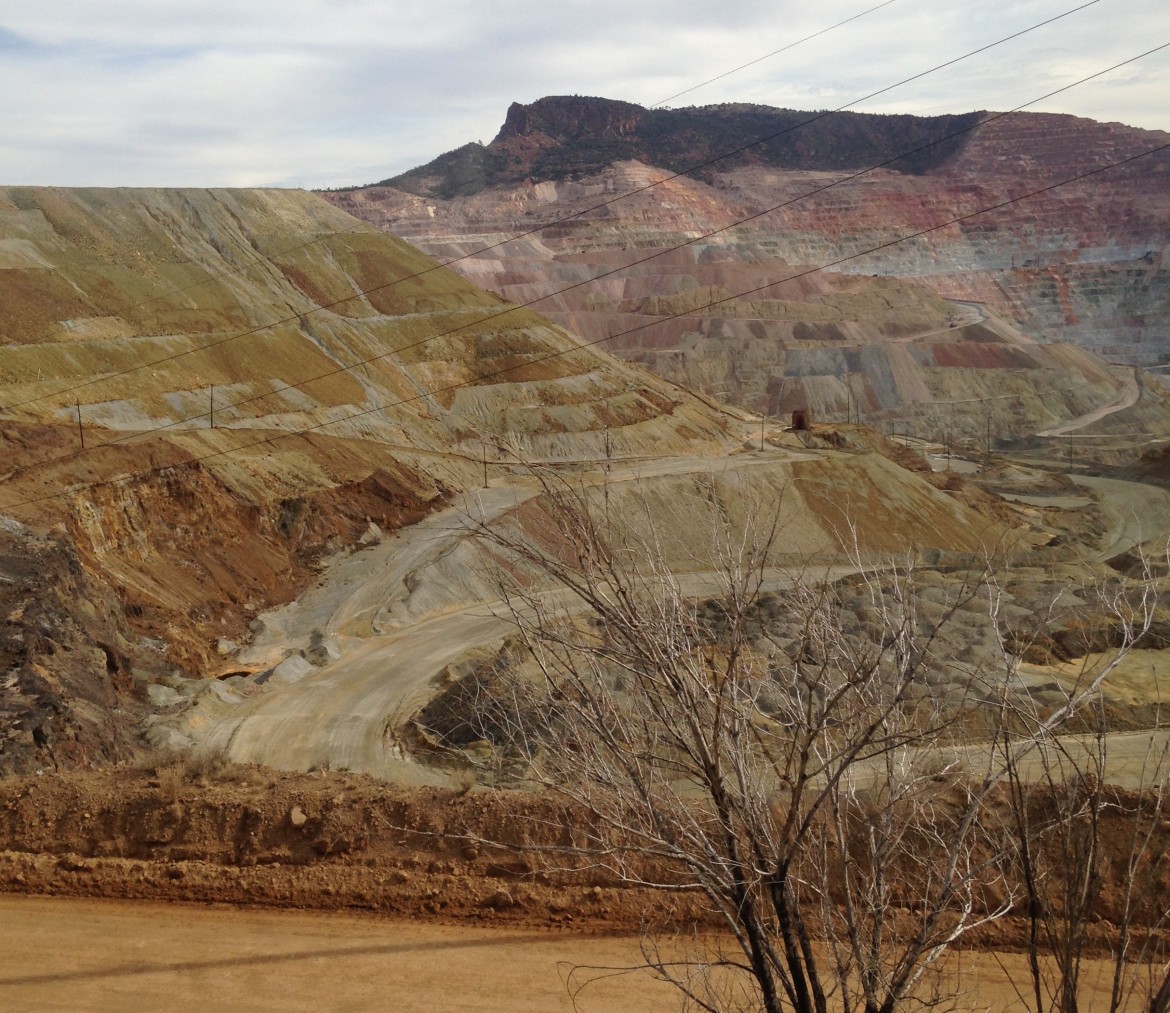 Opponents of the copper rule argue that it violates the state’s clean water laws, which say that groundwater with a present or foreseeable future use must be protected from pollution. The copper rule, adopted in 2013, allows groundwater within a “capture zone” of a copper mine to be polluted above state-regulated levels.

Douglas Meiklejohn, an attorney for the four organizations and an individual asking for a legal review of the copper rule, notes that nine out of 10 New Mexicans get their drinking water from groundwater.

“This allows the writing off of an enormous amount of groundwater and allows it to be polluted,” Meiklejohn said of the copper rule.

Among the plaintiffs asking for a legal review include Bill Olson, the state Environment Department’s former bureau chief for groundwater. Capture zones can be as big as one square mile, Olson said, but he also argued pollution can also seep outside of those zones.

Copper mines, he said, are essentially large open pits. Miners excavate rock out of the pit, which can contain ore. But the part of the rock that isn’t deemed economically useful gets discarded, often outside of the mine’s capture zone. Discarded rock still has copper in it, Olson said, and that copper can seep into groundwater underneath where it gets discarded.

“In this case they exempted water from other mine units outside [the capture zone],” Olson said.

These practices, both Meiklejohn and Olson argued, violate clean water rules that have been in place in New Mexico since 1977.

The new rule has been controversial since it was implemented and environmental groups have been highly critical of the rule.

Previous efforts to get a court to overturn the copper rule have not worked. After the state Water Quality Control Commission approved the copper rule on a 9-1 vote in September 2013, the same coalition of opponents filed an appeal to the New Mexico Court of Appeals, which upheld the rule in April.

“This rule has been challenged before,” Department spokeswoman Allison Scott Majure told New Mexico Political Report. “We’ve been through this process before.”

Environment Department Secretary Ryan Flynn previously called the copper rule one of the “toughest such regulations in the nation.”

Majure echoed this in a statement to New Mexico Political Report, saying the department welcomed the review.

“It is the toughest such rule in the country. Six different appellate judges have agreed with the position taken by the New Mexico Environment Department in the Copper Rule proceedings,” Majure said. “Make no mistake, the future of mining in New Mexico hangs in the balance. If the positions of the extremist environmental groups and the Attorney General were to be adopted, the mining industry would effectively die in New Mexico.”

Yet Olson, whom the Department tapped in 2012 to head a working group to write new copper mining regulations, said the copper rule is anything but tough.

While the working group spent months crafting a rule with industry and environmentalist input, Olson said upper management in the Environment Department ended up scrapping the working group’s rule and wrote an industry-friendly law at the 11th hour. Olson soon terminated his contract with the state.

Attorney General Hector Balderas is among the copper rule opponents calling for a legal review. Balderas filed a petition for review in April. The other organizations include Gila Resources Information Project, Amigos Bravos and Turner Ranch Properties. Olsen is also a petitioner.

All three of New Mexico’s copper mines are located in the southern part of the state. All are owned by Freeport-McMoRan Copper & Gold Inc.

It’s unclear when the Supreme Court will make a decision, or whether, at this point, they will require an oral hearing from both sides of the issue.

Update: Statement by Environment Department spokeswoman added to the story.