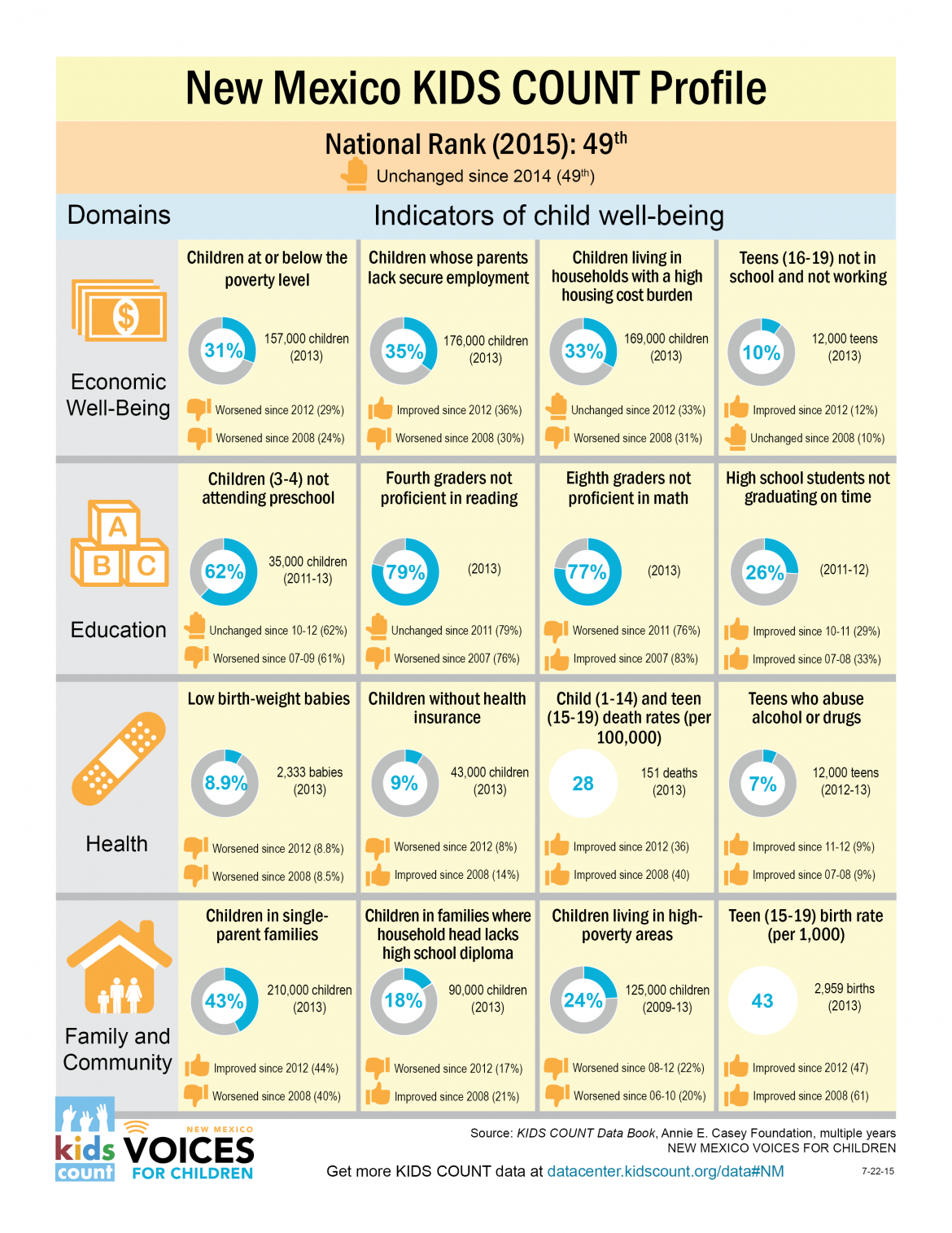 Every year, the Annie E. Casey foundation, in partnership with New Mexico Voices for Children, issues its national ranking of states according to child-wellbeing.

From NM Voices, here’s how NM stacks up in key indicators of child wellbeing.

“Poverty has very detrimental effects on children,” Dr. Veronica C. García, Ed.D., executive director of New Mexico Voices for Children, said in a statement. “If we want them to succeed in life—to be the next generation of doctors, entrepreneurs, teachers and leaders—we need to ensure that they have the opportunities that will put them on the right path early in life.”

One striking statistic from the report: 31 percent, or nearly one-third, of New Mexico children live in poverty.  That’s up from 24% at the height of the Great Recession in 2008.

Not all indicators fell. The percentage of high school students not graduating on time decreased to 26 percent from 29 percent in the 2014 report and the child and teen death rates and birth rates also fell. These mirror nationwide trends, according to New Mexico Voices for Children.

In all, researchers use 16 different indicators of child well-being to make up the rankings. And when you add them all up, New Mexico is at the bottom.

This year’s news was received much like previous years with calls for change from politicians and child advocates.

It’s unacceptable that ~1/3 of NM kids live in poverty. We need a 2gen approach to help families get ahead together http://t.co/bM3MmwUQqE