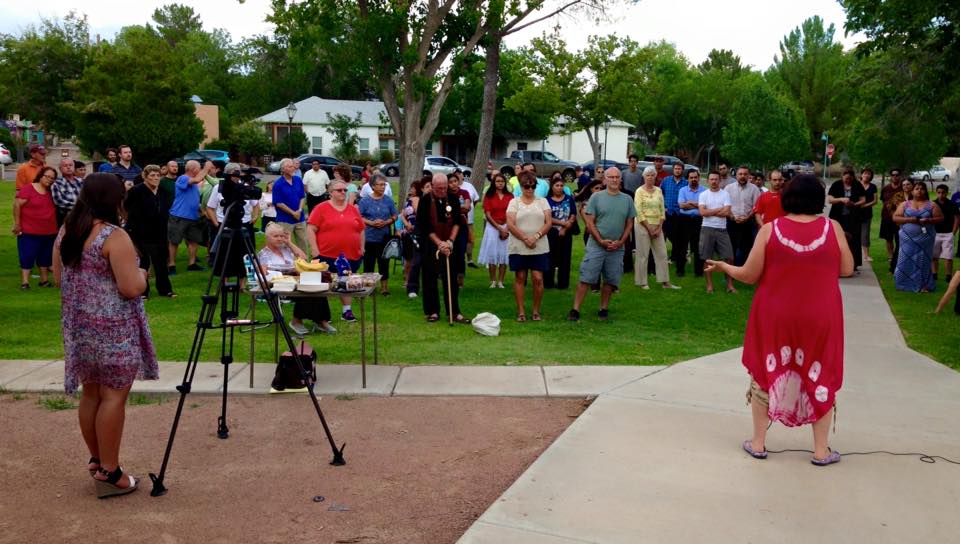 CRUCES, N.M. – Pastor Scott Rodgers with Calvary Baptist Church in Las Cruces, one two churches in the city where bombs exploded during Sunday morning services, says the violent act will not deter his church’s mission.

Rodgers says it is remarkable there were no injuries from either blast.

“At about 8:15, those of us that were inside heard a very loud boom, and some said that it had shook the building,” he says. “There were a few church members who were outside, but we were just incredibly grateful that no one was injured. Not even a scratch.”

Las Cruces police say a bomb exploded at Holy Cross Catholic Church around the same time. Investigators say the two improvised explosive devices could have caused serious injury or death had someone been near them at the time of detonation.

No arrests have been reported. The FBI is also investigating the case.

In terms of a possible motive, Rodgers says he’s at a loss to explain why anyone would want to target Calvary Baptist Church.

“We’ve not received any threats directly to the church,” he says. “Our church is a very friendly community church, and there’s not anything that we’ve been involved in that is, in the slightest, controversial.”

Governor Susana Martinez and members of New Mexico’s congressional delegation have all made statements condemning the bombings, and have said such acts of violence will not be tolerated.

Las Cruces Crime Stoppers is offering a $5,000 reward for information leading to an arrest in the case.