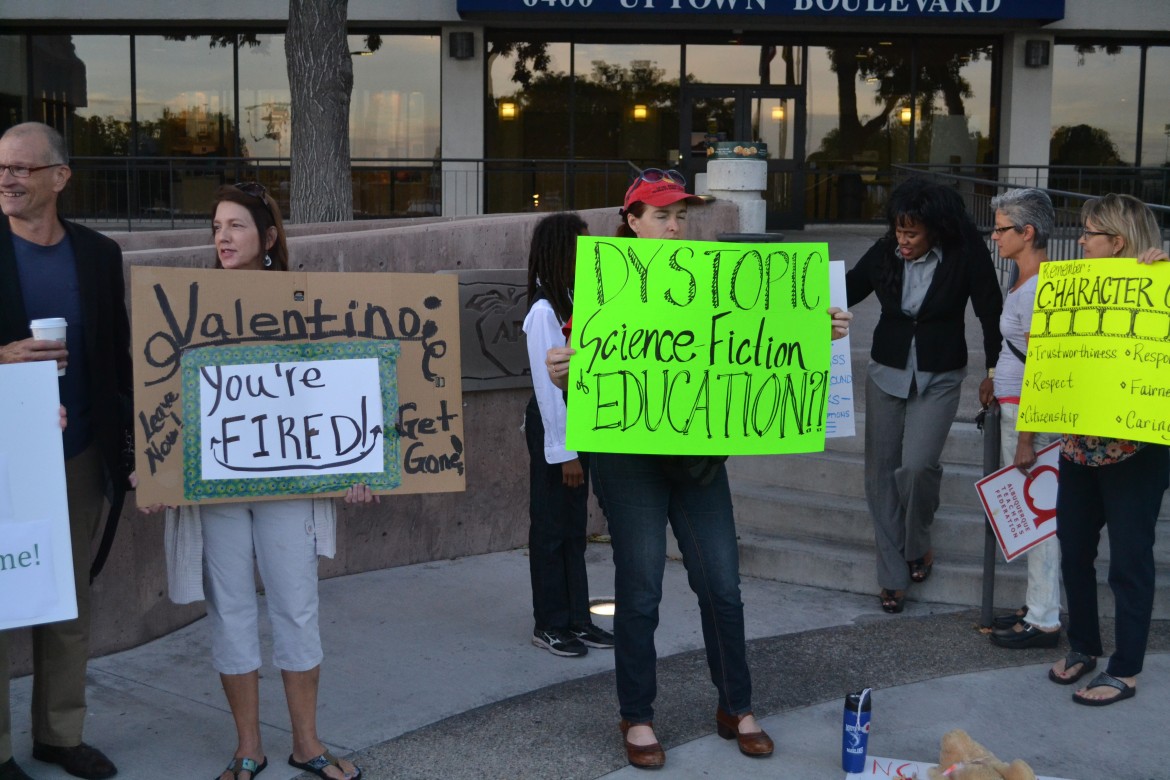 Recall efforts against most of the Albuquerque Public Schools board members are over before they begin. But one member is still facing a possible recall.

Jacob Gil had previously said he sought to recall six of the seven members of the APS board of education, but changed tunes when he found out if there was not a quorum that the Public Education Department secretary would be able to choose a replacement.

So, instead, Gil amended the impeachment effort to only include one member: Peggy Muller-Aragon. Muller-Aragon defeated Kathy Korte in the most recent school board elections. Muller-Aragon benefited from money from Susana PAC, the political action committee run for Gov. Susana Martinez.

Gil spoke to ABQ Free Press about the change in his recall effort.

Gil has been an outspoken critic of Skandera and her support of PARCC testing.

“I will keep intact the petition to recall Peggy Muller-Aragon because she alone refused to do her job of being a voice for her constituents in the Valentino fallout and because her only boss is Gov. Martinez herself,” Gil said. “She [Muller-Aragon] took $15,000 of the governor’s money to win her seat. She works for the governor, and we parents and teachers don’t need that influence on our board of education. Politics doesn’t belong in education.”

Just not agreeing with Muller-Aragon isn’t enough to recall, however.

Those seeking to recall school board officials must prove “malfeasance or misfeasance in office or violation of the oath of office” by the board member.

A judge would determine if there is enough evidence of such “malfeasance or misfeasance” and to allow the recall effort to move forward. This should take place soon.

From there, Gil would need to collect signatures from voters; a total of at least a third of the total amount of votes cast in the previous election.

Just over 3,000 votes were cast when Muller-Aragon defeated Korte for the seat.

The Albuquerque Journal reported on Gil’s initial effort to recall six of the seven members, all but Stephen Michael Quezada.