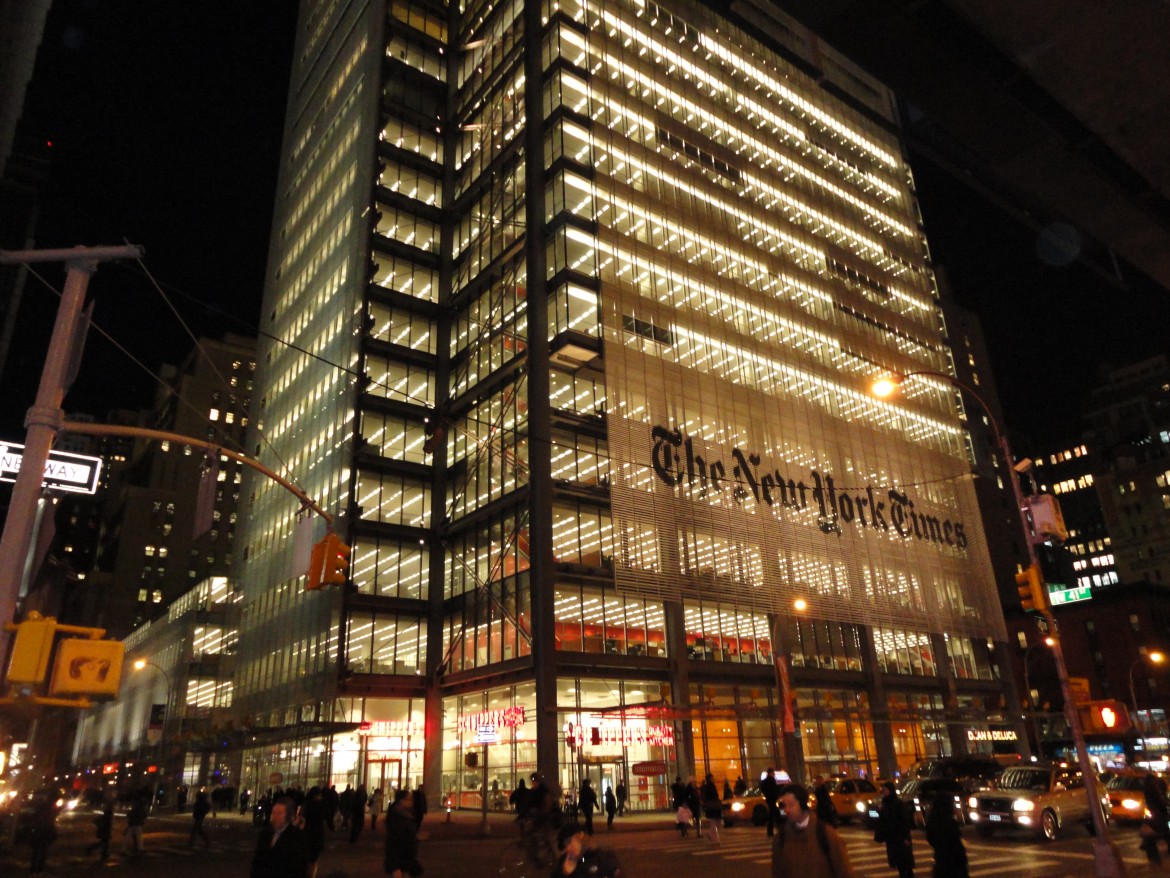 The last few months have been filled with scandals in New Mexico, and this hasn’t escaped the notice of the nation’s most prominent newspaper.

This week, The New York Times examined the unfolding scandals, which have been covered extensively by New Mexico Political Report, and their impact on the larger political narrative in the state.

One of the most talked about scandals came in Albuquerque Public Schools after new Superintendent Dr. Luis Valentino accidentally sent a text message outlining that he wished to “go after” his chief financial officer to the CFO instead of its intended recipient, Public Education Secretary Hanna Skandera.

That incident brought renewed scrutiny on Valentino’s leadership, including his hiring of Deputy Superintendent Jason Martinez. It turns out that Martinez did not complete a background check required of all school personnel.

The New York Times noted that New Mexico Political Report broke the story on what came next.

Mr. Martinez (no relation to the governor) had not submitted to a background check before his hiring. His legal troubles escaped notice until NM Political Report, an online publication, broke the news Aug. 21. He had resigned a day earlier

The legal troubles included a pending trial for multiple charges of criminal sexual assault of a child. APS did not know because there was no background check.

Valentino later resigned after agreeing to a buyout with the department. An acting superintendent is now in charge, the second time in as many years that a temporary superintendent is in charge of the state’s largest school district.

The story also looked at the newest scandal that is dominating news coverage; that Secretary of State Dianna Duran is facing possible impeachment for allegedly moving campaign money to personal accounts, apparently to spend on gambling (or at least at casinos).

This came to light in the form of 64 counts from Attorney General Hector Balderas.

Ms. Duran’s first court appearance is next Tuesday. A criminal complaint filed Aug. 28 by the Democratic attorney general, Hector Balderas, alleged $13,000 in illegal transactions, including campaign checks deposited into her personal bank account, from which she withdrew $282,000 at eight Indian casinos in the state in 2014 — more than three times her annual salary of $85,000.

Just today, the Republican Speaker of the House named a panel to look into possible impeachment of Duran.

And of course, the nationally-focused newspaper looked at the role of New Mexico’s top national name, Gov. Susana Martinez and how Democrats say the growing scandal will tarnish her image.

Though she must leave office at the beginning of 2019 because she is limited to two consecutive terms, Ms. Martinez has drawn votes from both sides of the aisle and helped her party make significant gains. She will lead the Republican Governors Association in November, elevating her profile just as presidential politics heat up. State Democrats are concerned that her popularity will help Republican candidates, even if she is not on the ballot.

Of course, Republicans in the state say that it is much ado about nothing. A spokesman for Gov. Martinez said the attacks are “baseless.”

Another investigation is one into the Taxation and Revenue Department secretary over whether or not she improperly tried to use her influence to help a taxpayer who was a former client.

The investigation into Demesia Padilla came in through the State Auditor, Tim Keller, who after the initial investigation referred the case to Balderas’ office. Keller has been attacked by Republicans over the investigation, but maintains he is just doing his job.

Those in Martinez’s administration have called Keller “highly partisan” and the Republican Party of New Mexico was sending out press releases attacking Keller in the weeks and months before the release of the investigation.

Again, from The Times:

In an interview, Mr. Keller said, “Their attitude is to shoot the messenger” — a pattern used against anyone who dares criticize her administration, he said. “I’m fulfilling the obligations of my job.”

Update: Added information about the investigation into the Taxation and Revenue Secretary that was not in the originally posted story.