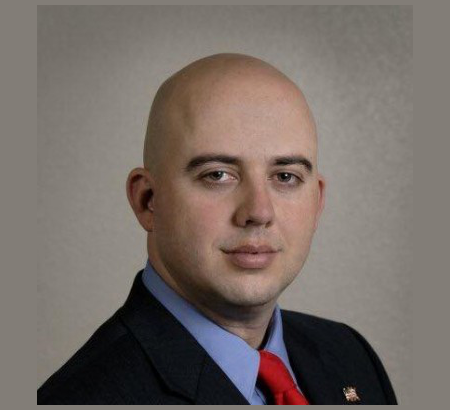 A political consultant who previously ran for statewide office in New Mexico is now mulling a run for Congress in Texas.

“I’ve traveled the district and spoken to leaders in the party,” he said. “I’ll make a final decision in the next couple of weeks.”

Cornelius describes himself as a “constitutionalist” who’s both socially and fiscally conservative. He said he supports a flat tax similar to what Sen. Rand Paul, R-Ky., advocates for and wants to address border and transportation issues in his district.

Cornelius said he is worried about the announced 3,250 military personnel cuts coming to Fort Hood by the end of 2017. The military base is located in his district and is the most populous U.S. military base in the world.

He added that Carter is a big supporter of House of Representatives Speaker John Boehner, who Cornelius says “is not doing all he can to” advance the conservative cause. Cornelius said he would like to see the Republican-controlled Congress challenge President Barack Obama more.

“Stop making excuses,” he said. “We have majorities in the House and Senate. Let’s put pressure on the president to veto this stuff.”

Before going back to Texas, where he was born and spent some of his youth, Cornelius worked for the Bernalillo County Republican Party and ran for state Land Commissioner in 2010.

That year, he lost the GOP primary to Matt Rush in a race that got ugly by the end. Cornelius said he was one of the Republican candidates that year that didn’t run as part of a “slate” aligned with then-gubernatorial candidate Susana Martinez.

“I refused to use some of the consultants that those campaigns wanted to use and did use,” he said.

During that election, a supporter of Rush alleged Cornelius was making exaggerated claims about a biogas company called Petro Verde.

At the time, Cornelius said the company, which he helped facilitate meetings for, had the potential to create hundreds of jobs when it hadn’t yet secured an investor. Today, he said that “is the risk of any small business.”

“What they wanted to do was create a bio energy plant to use manure from the Clovis area to make energy,” Cornelius said. “They would have created hundreds of jobs had they found the funding. There’s no untrue statement in that.”

Rush went on to lose the general election to Democrat Ray Powell that year.

Cornelius then started 90 Degrees and helped work on the 2012 congressional campaign for Republican Jefferson Byrd, who pulled an upset primary defeat against Rick Newton. Byrd could not pull the upset against incumbent Democrat Ben Ray Lujan, who easily won reelection.

Cornelius’ company is based in the Austin area.

His name later came into controversy in New Mexico the following year when Steve Kush, the then-executive director of the Bernalillo County Republican Party, made a Facebook comment calling an Albuquerque liberal advocate a “radical bitch.”

Cornelius replied to the comment writing “maybe she used those shoes to walk Central,” a reference to prostitution.

Cornelius quickly apologized to Chelsey Evans, the woman Kush referred to in his Facebook post, by telling her that his comment was “both inappropriate and unfair.”

“I made a comment that shouldn’t have been made,” Cornelius told New Mexico Political Report. “Ultimately that’s not in my character.”