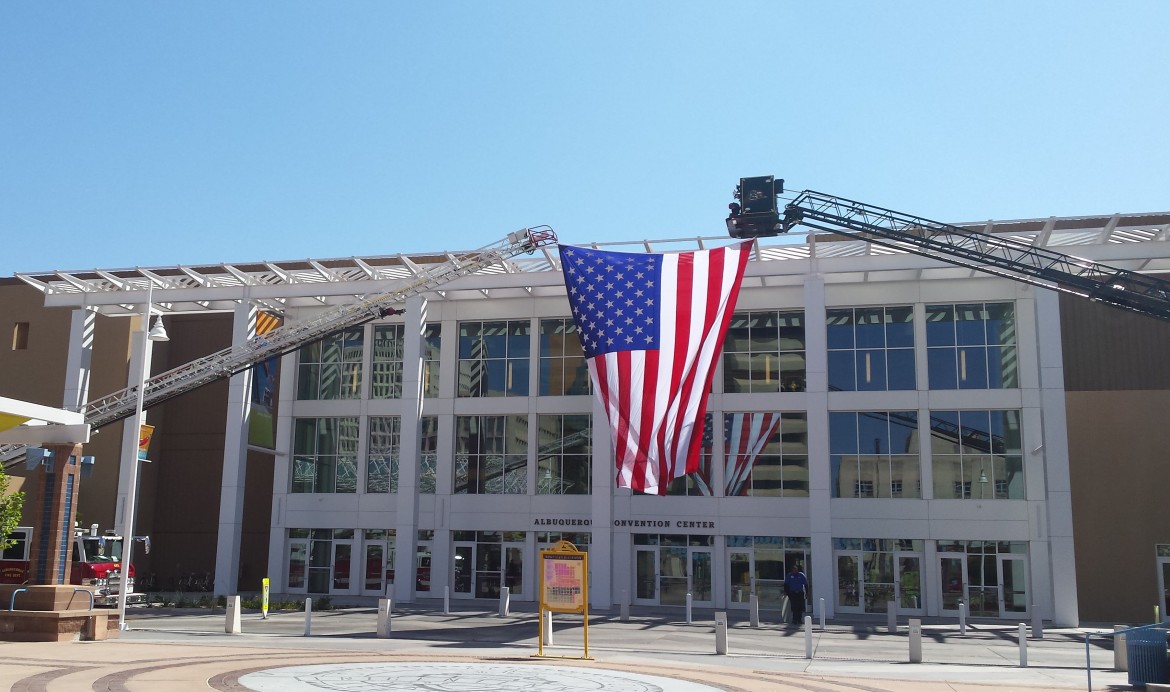 First responders gathered with New Mexico and Albuquerque leaders in Albuquerque’s Civic Plaza on Friday to remember the lives that were lost 14 years ago on September 11, 2001.

Gov. Susana Martinez spoke to the crowd of community members and first responders by thanking them for their service.

“Thank you for what you do every single day,” Martinez said.

She went on to remember her personal experience of the attacks on September 11, 2001. She said the news of planes crashing into the World Trade Center was devastating.

“It brought me to my knees,” she said.

“There are no word words to describe the devastation,” Martinez said. “The devastation that still causes so much pain.”

“Kennedy was right,” Perry said, referring to the lives lost in New York City and those lost in the subsequent wars in Afghanistan and Iraq.

Albuquerque Police Chief Gorden Eden told the crowd, “We honor those who made and paid the ultimate sacrifice.”

U.S. Air Force Colonel Eric Froehlich from Kirtland Air Force Base spoke to the crowd and told the story of how he was in the Pentagon when a plane hit the building. He described the sound of the plane approaching and the smell of burning debris. He said he witnessed first responders running in to help.

“I was humbled by their courage and bravery,” Froehlich said.