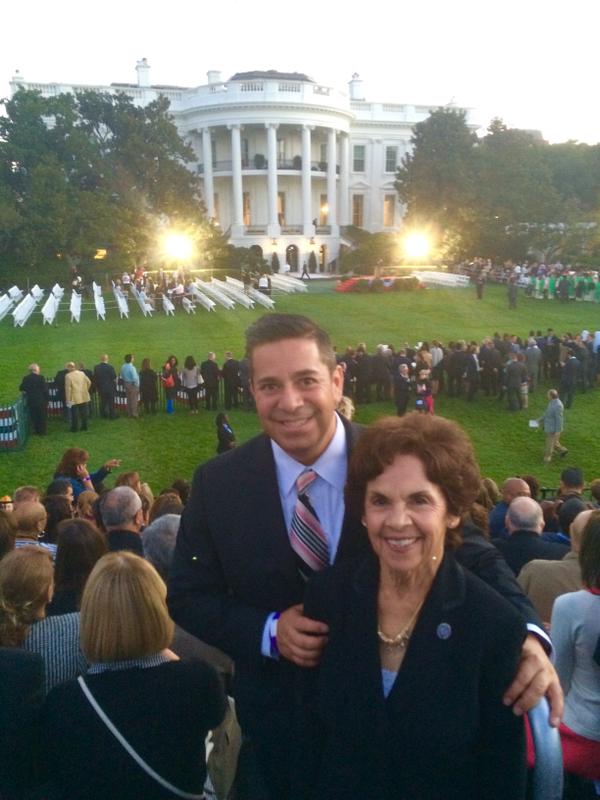 New Mexicans were among the thousands to see Pope Francis’ historic visit to Washington D.C. today.

The Pope will address Congress on Thursday, but the New Mexico delegation was on hand on Wednesday with guests to see the Pope speak on the White House South Lawn. The Pope addressed climate change, saying it is “a critical moment in history” to address the problem, and referred to himself as “the son of an immigrant family.”

Both play into recent American politics, as one might expect from a speech in Washington D.C., but also to common themes of Pope Francis’ time in charge of the Catholic Church.

Rep. Ben Ray Luján, who appeared on CNN ahead of the address by the Pope, attended with his mother, Carmen Luján.

With Mom at the #WhiteHouse to see #PopeFrancis. Looking forward to hearing @Pontifex speech to Congress tomorrow. pic.twitter.com/xIEHF6nimh

Rep. Michelle Lujan Grisham posted photos of a pre-dawn White House, the White House gardens, herself with Rep. John Larson, D-Ct., and, of course, a selfie.

After the address, Sen. Tom Udall tweeted that he was “honored to welcome Pope Francis to USA” and retweeted a video posted by the White House Twitter account.

Honored to welcome Pope Francis to USA. His message resonates with millions, in NM & across globe. #PopeInDC https://t.co/4G4AgGe0Nf

Heinrich focused on the immigrant message from Francis.

“As the son of an immigrant family, I am happy to be a guest in this country, which was largely built by such families” @Pontifex

Santa Fe mayor Javier Gonzales tweeted that it was “hard to describe” the emotions he felt while seeing the Pope speak. He was also impressed by the choice of transportation by Pope Francis.