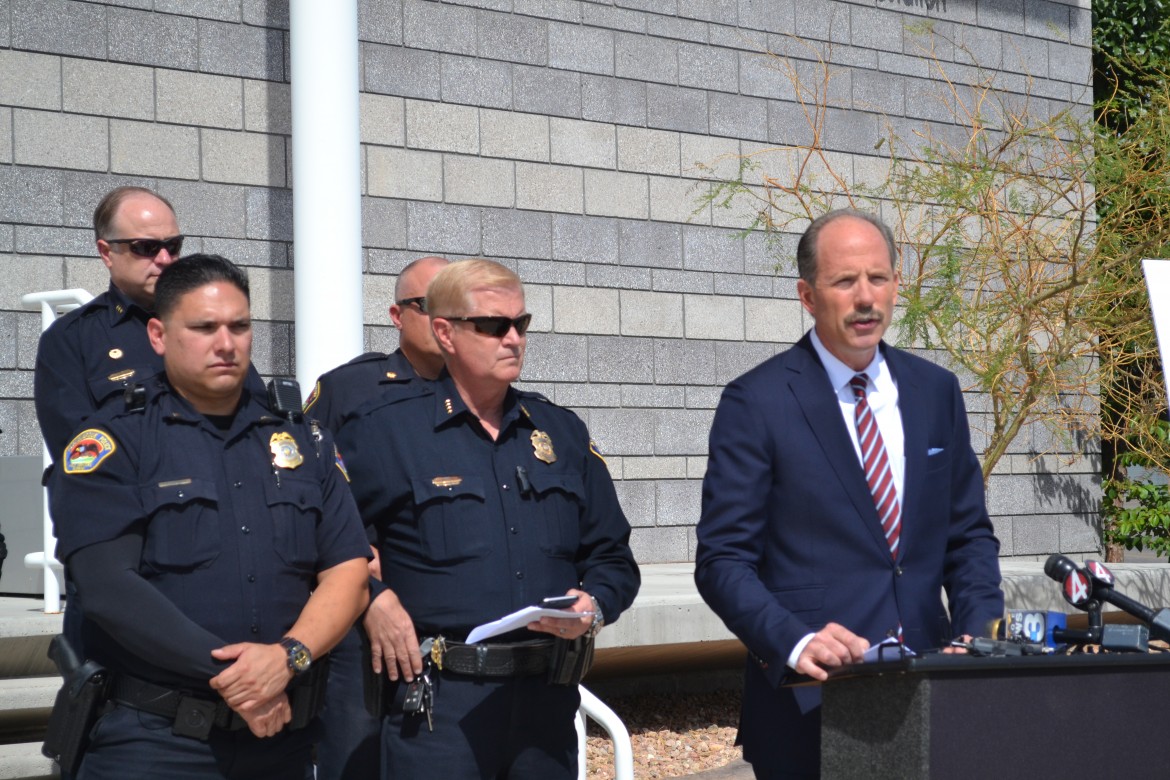 Albuquerque Mayor Richard Berry announced on Wednesday that he vetoed a proposal, by the City Council, that would have lowered penalties for some marijuana possession.

A copy of an oath Albuquerque Mayor Richard Berry cited as one reason he vetoed a marijuana decriminalization proposal approved by the City Council. Photo Credit: Andy Lyman

Berry wouldn’t elaborate on the specifics of his veto during a press conference at an Albuquerque Police Department substation on Albuquerque’s Westside but said he has been transparent on his stance on marijuana decriminalization.

“I’m simply doing exactly what I said I would do,” Berry told reporters.

The Albuquerque City Council approved a similar measure only for Berry to veto it in 2014. At the time, Berry said it had the potential of decriminalizing a drug that is illegal under federal law.

A spokesman for Berry told New Mexico Political Report last week that Berry’s stance on the issue had not changed.

At the press conference, Berry added that he and the officers of APD have all sworn to uphold the law and that a measure to decriminalize marijuana would go against state and federal law.

“I have a hard time signing legislation that preempts state and federal law,” Berry said.

The legislation would have made the punishment for possession of one ounce or less of marijuana and possession of drug paraphernalia a civil infraction. Instead of potential jail time, it would be a $25 fine, similar to a traffic ticket.

Berry said the veto was sent to the city council and has a veto message attached that will further explain his decision to strike down the proposal.

During the press conference, Berry also addressed crime rates in Albuquerque, an officer related shooting as well as a new measure to cut down on crimes related to online, person-to-person sales.

He said APD will soon provide safe locations where buyers and sellers can meet to complete sales made online through services like Craigslist.

As New Mexico Political Report previously reported, the city council voted 5-4 to pass the decriminalization proposal. The council could still override Berry’s veto, but it would need 6 votes to do so.

Democrats control five seats on the council, while Republicans have four seats. The council is officially non-partisan but votes—such as the marijuana decriminalization vote—often fall on party lines.